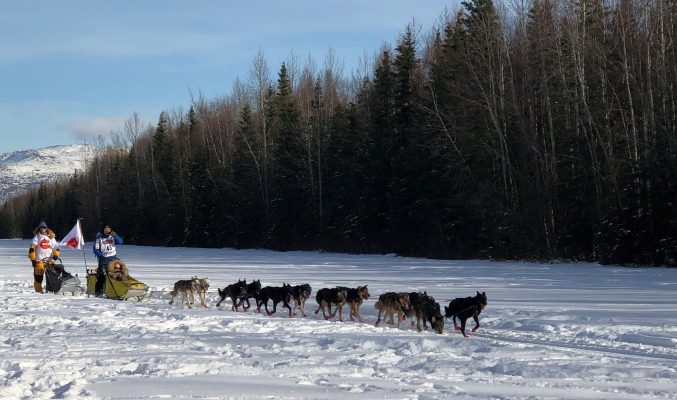 Imagine running out into the snow, building snowmen, or even taking a long stroll through the snow BAREFOOT!! We would be freezing, and running to find some way to warm our bodies.  Dogs, however, have a special adaptation in their paws that helps them retain heat even when they’re walking on snow and ice. How do they do this? Scientists, including Hiroyoshi

Ninomiya from Yamazaki Gakuen University investigated this by studying blood vessels, called the arteries and veins, in dog paws. They discovered that veins, which bring blood back to the heart, closely surround the arteries that deliver warm blood from a dog’s heart to its toes.

In fact, the veins are so close to the arteries in dog paws that heat is transferred between the warm arteries and cold veins.    As a result, the cold blood returning from the feet gets reheated to a warmer temperature before it gets back to the heart.  The warmer the blood that returns to the heart the less energy sled dogs have to use in reheating it.  This heat transfer is called countercurrent circulation. 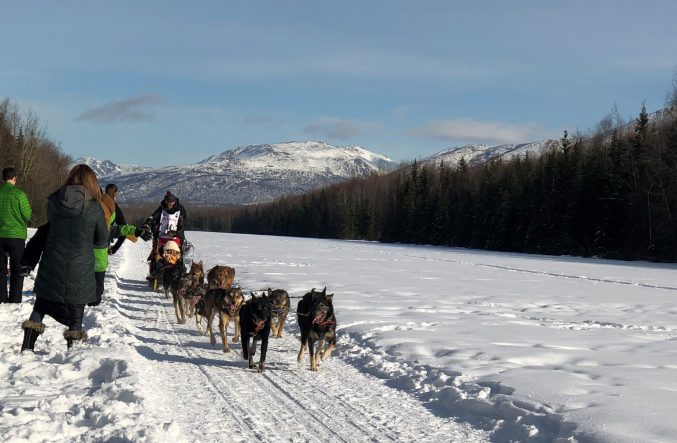 Teachers check out Denali’s Distance Learning Program from Denali National Park to learn more about the Science of Sled Dogs.  This program provides teachers with lesson plans, materials and an hour Zoom conversation with a park ranger and your class.

If you are in the NYC area check out the AKC Museum of the Dog.  Alaskan Huskies are not an AKC breed, however, the museum has a new exhibit called Mush! A Tribute to Sled Dogs from Arctic Exploration to the Iditarod running from January 6th- March 29th.  I will be there on Sunday, January 12th to talk about the Iditarod.