Dog of the Month- Goldie

Tails from the Trail- Goldie!!

This month Lev Shvarts shares about his special dog Goldie.  Lev Shvarts of Willow, AK mushed his first Iditarod in 2014.  The 2020 Iditarod will be Lev’s fifth Iditarod run.

“This is the story of a lovely lady named Goldie. She’s an old lady now, retired from competitive racing, and her duties now include training puppies and being awesome. 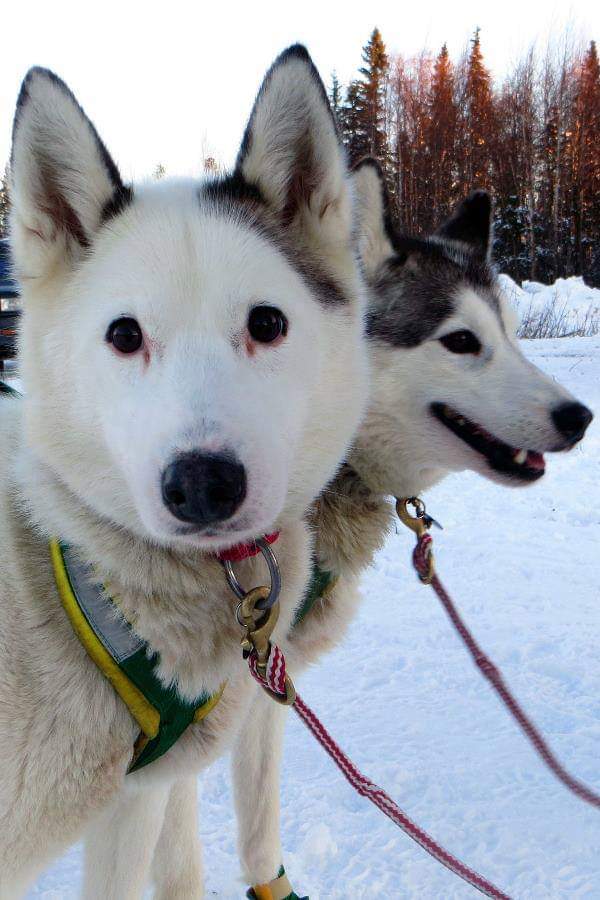 Goldie was a very promising dog as a yearling and made it to the front of my dog team at 2. She’s been in the front ever since. Its pretty fair to say that during her heyday, my team was “Goldie and some other dogs” because she was always a constant presence. Finished every race she’s started, leading start to finish the entire way. She got so into being in front, she’d throw hissy fits when I didn’t put her in front. One of our handlers called her my “right hand”. A pretty accurate description. 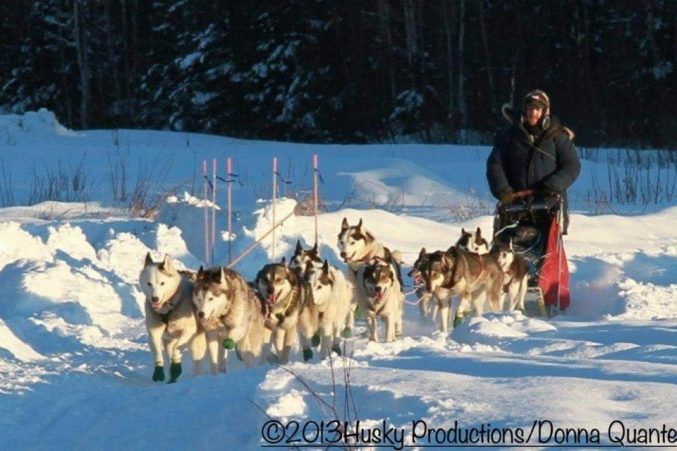 She’s a real sweetheart, friendly and affectionate, highly confident, but with a solid goofiness streak that expressed itself at hookup or when we stopped. While she’s all business when she’s moving, she’s a spaz when we’re stopped. “Goldie quit screwing around” is a pretty worn statement around here. 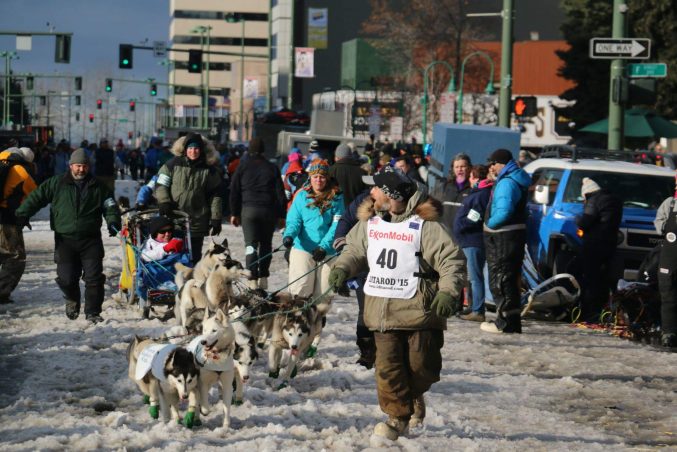 Goldie is the lead dog on the right: Photo Credits: Lev Shvarts

Goldie has trained up every leader in the next generation of dogs, instilling them with her confidence, work ethic, and pure love of running. Even though she’s no longer racing, we carry her handy work down the trail every day.” 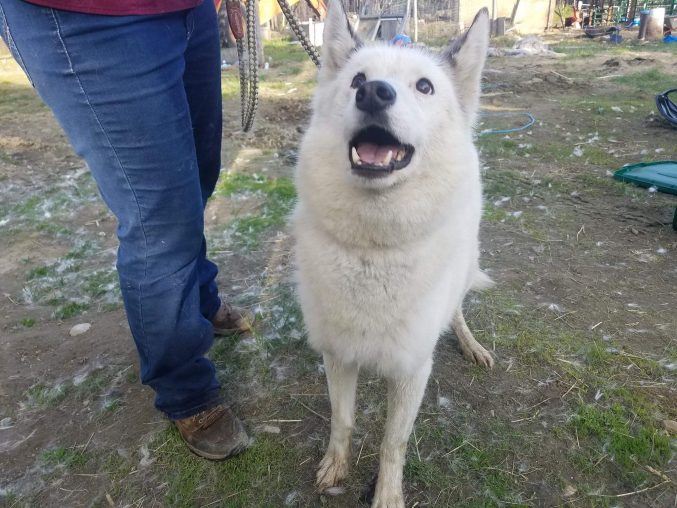 You can follow Lev Shvart and his amazing team starting March 7th on Iditarod.com.  You can also learn more about Lev and his dogs on his team’s website.

Teachers, have you checked out the Iditarod website lately? The QrillPAWS (the Qrill Pet Arctic World Series) has started!

The second in the series, The Femundløpet in Norway, started January 31.  You can follow this race at Iditarod.com or at the Qrill Paws website.
The third event in the series, the Volga Quest in Russia, starts February 8, and the series ends with the Iditarod, starting March 7th. Follow all these great races with your class!