How do sled dogs find their way?

Thanks for your question.  Scent is certainly one way a sled dog can follow the trail.  But before we talk specifically about how sled dogs find their way, let’s talk about the trail. 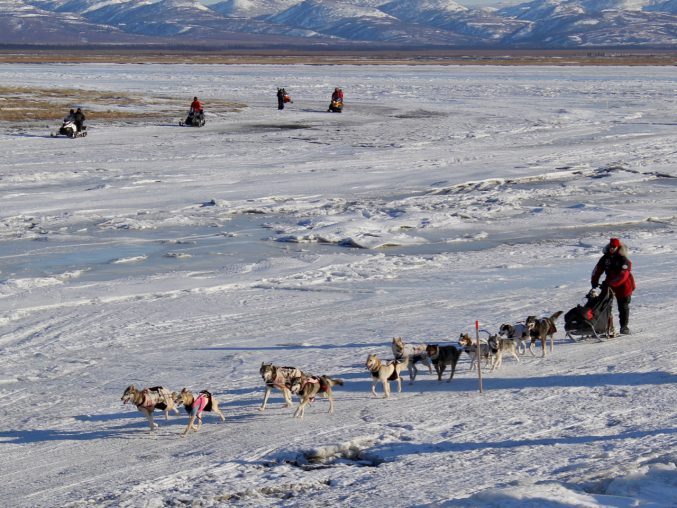 Aliy Zirkle runs into Unalakleet on the multi-purpose trail followed by snow machines.

The route from Willow to Nome is a multi-use winter trail.  Iditarod mushers aren’t the only users.  Once the rivers and other bodies of water freeze and snow falls, snow machiners take to the trail.  You’ll also find skiers, bikers and hikers on the trail.  Mushers use the route for training runs.  Other races follow parts of the route.  Even the great Iron Dog Snow Machine Race follows part of the trial.  Long and short, with all that use the trail is a snow covered, hard packed super highway.  Keep in mind the “hard packed” part.

There are some parts of the trail that are less travelled or not travelled at all.  The trail needs to be put in or sections may need extra grooming and maintenance.  The trail over Rainy Pass and through the Dalzell Gorge is one of those sections. Iditarod sends a trail crew out to set the trail, clear fallen brush and build the ice bridges that mushers use to cross from side to side of the Dalzell. 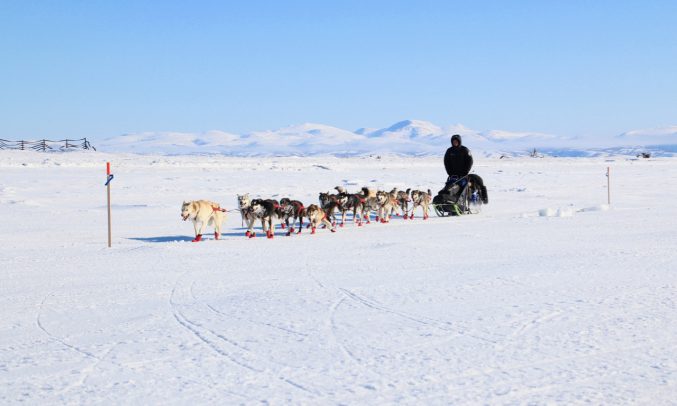 An easy day of travel with the trail and trail markers clearly visible.

Trial breakers on wide track snow machines break trail ahead of the field of mushers.  Not only do they break trail but they also mark the trail with thousands of lath stakes that have reflective tape and an orange top.  There are 12,000 lath markers standing upright along the trail and they are visible in all but the worst conditions.

What might the worst conditions be?  Extreme wind can blow the markers over.  Ground blizzards creating white out conditions can prevent mushers from seeing the trail markers until being nearly next to one.  This is where mushers trust their lead dogs to do the things great leaders do – keep the team on the trail and going in the right direction.  How do they do it? 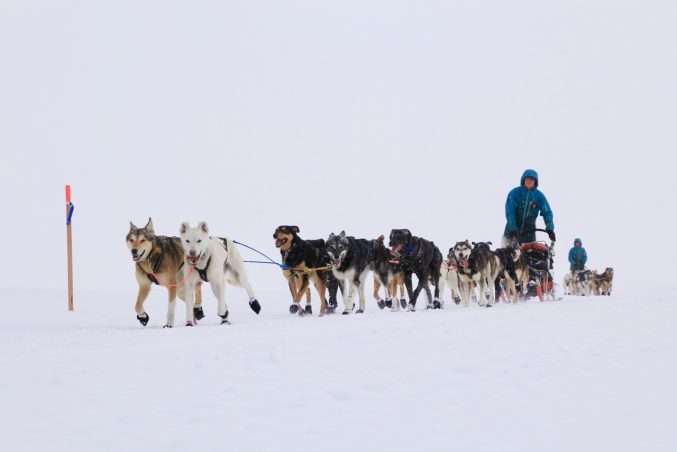 Snow and fog obscure the trail but markers are still visible.

Time and time again, at the finish line in Nome I’ve heard mushers praise a great leader for finding the trail when it was humanly impossible to see the trail or trail markers.  Ground blizzards commonly reduce visibility along the trail but the blowhole between the Topkok Hills and the Safety checkpoint is most famous and consistent for whiteout conditions.

Jodi Bailey is one of the mushers who profoundly thanked her leader, Orchid, at the finish line in Nome.  Going through the blowhole, Bailey was hit by fierce winds reducing visibility to no more than10 feet.  Bailey could only see the pair of wheel dogs just in front of the sled.  Yet little Miss Orchid, her tried, true and trusted leader had no problem staying on the trail, lead the team out of the blowhole and onto Nome. 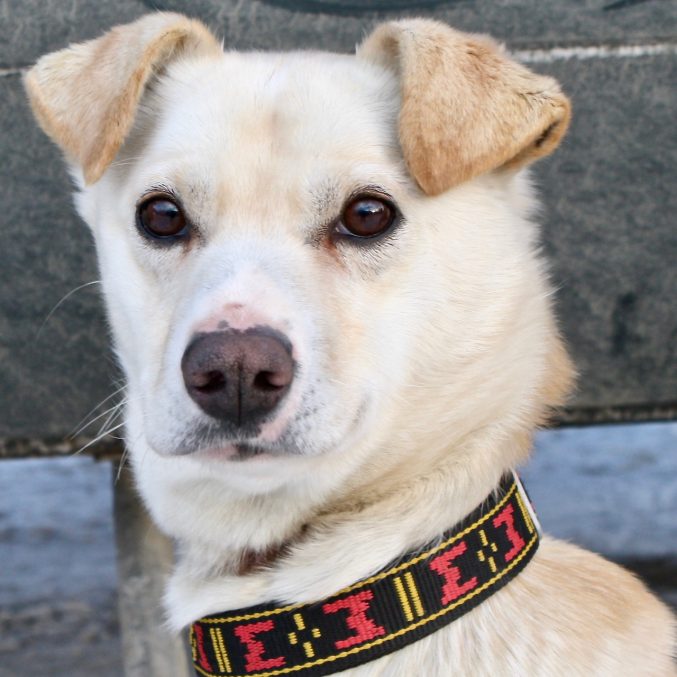 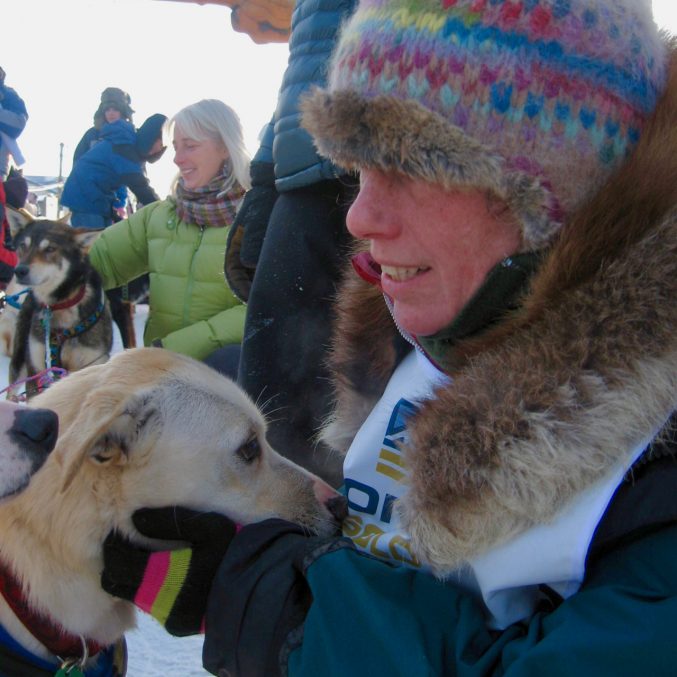 Jody Bailey thanks Orchid in Nome

In 2014 Aliy Zirkle experienced horrific winds and whiteout conditions coming into Safety.  Aliy’s leader, Quito, found the trail with her nose.  Aliy says, “Quito found her way to Safety, I held onto the sled and the rest of the team had enough faith in both of us to go along with that idea.”

For an explanation of the exceptional olfactory powers of dogs, I suggest checking out Husky Homeroom at spkennel.com.  Click this link 20-minute video to see the 20 minute video created by Aliy Zirkle explaining the parts of the canine olfactory system, how it works and why it’s superior to that of a human.  Zirkle explains that dogs actually sniff in 3D and they can smell the passage of time.  How might that help a dog sniff its way toward Nome?