M is for Musher: Ceremonial Start

The Iditarod Alphabet 2017
M is for Musher

A musher is the driver of a dog sled team.  All 72 mushers picked their starting position on Thursday, March 2 at the Musher Banquet.  There are seventeen women and fifty-five men racing this year.  Ryan Redington will be leading out the group wearing bib #2, and Kristy Berington will be the last one to leave Fairbanks with bib #73.  Bib #1 is reserved for the honorary musher, which this year is Leo Rasmussen of Nome.  Leo has been the checker in Nome since the first Iditarod in 1973.  Leo will be at the finish line again this year welcoming all the mushers and teams to the finish line.

M is for Musher
The Iditarod Alphabet 2017 Cover Page

The Ceremonial start of Iditarod 2017 is in the books!  It was a fun time out on 4th street, and the mushers, dogs, and fans enjoyed the day.  Math problem: This year there were 75 mushers that participated in the ceremonial start (three more than are racing).  The mushers started 2 minutes a part.  How long did it take for all the mushers to cross the start line?

Here are some pictures from the start. 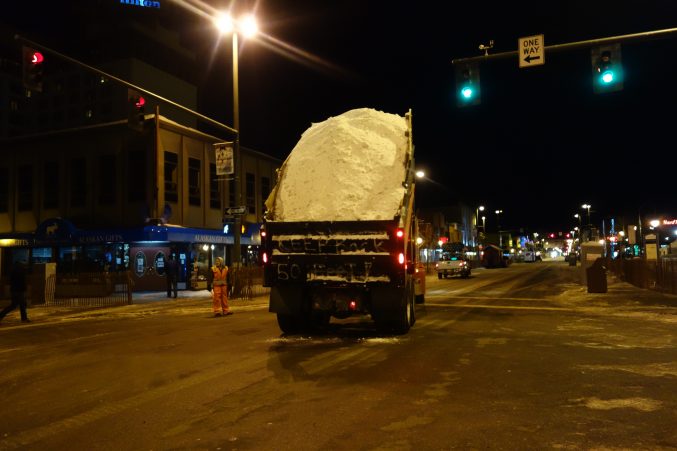 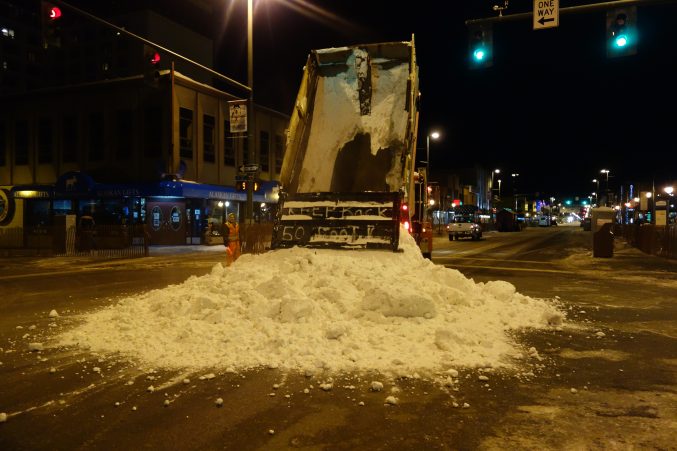 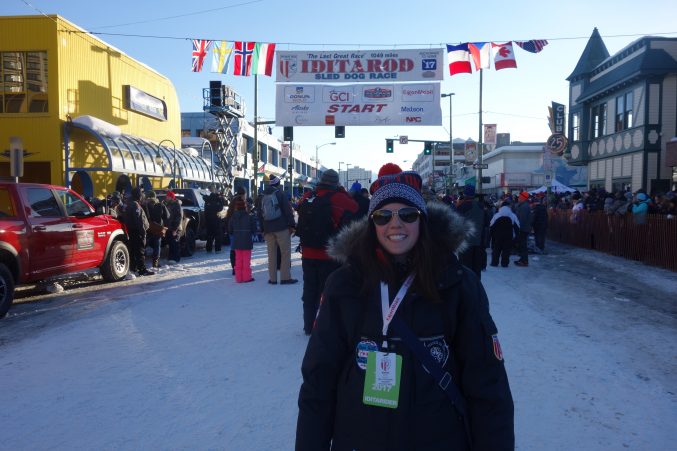 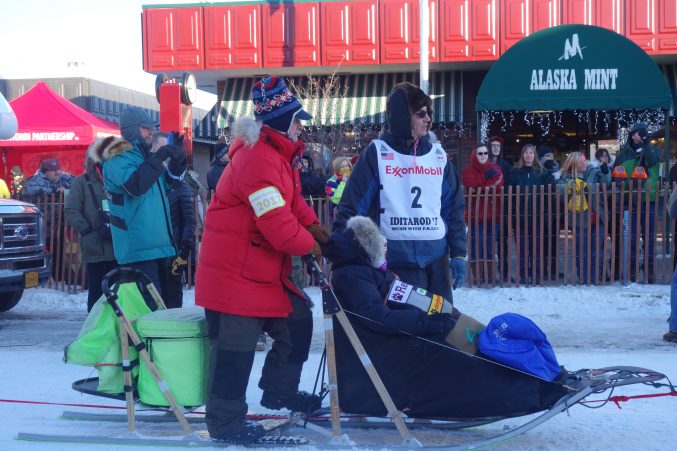 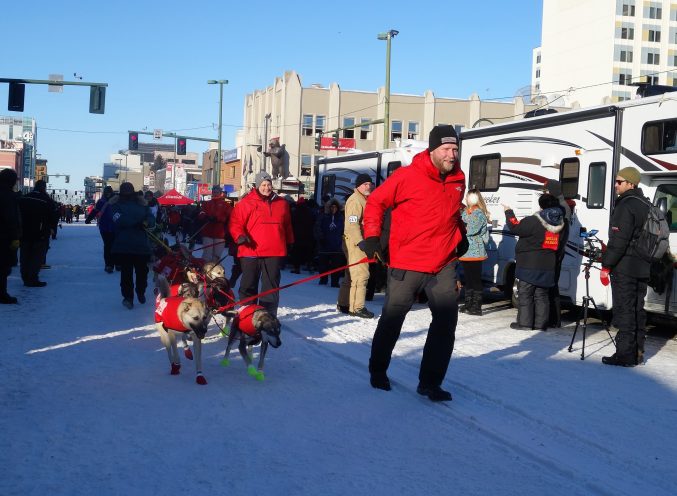 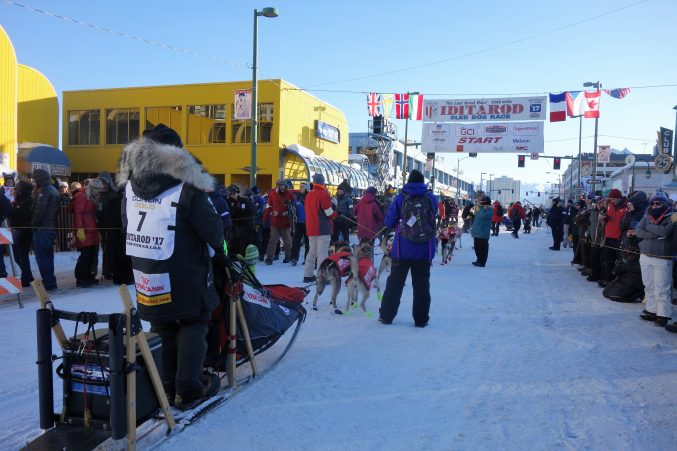 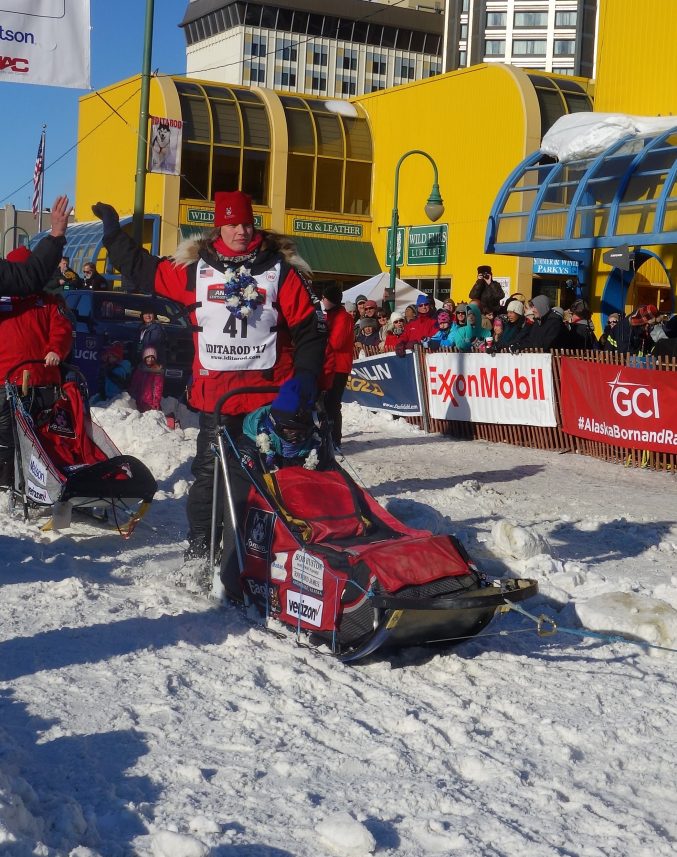 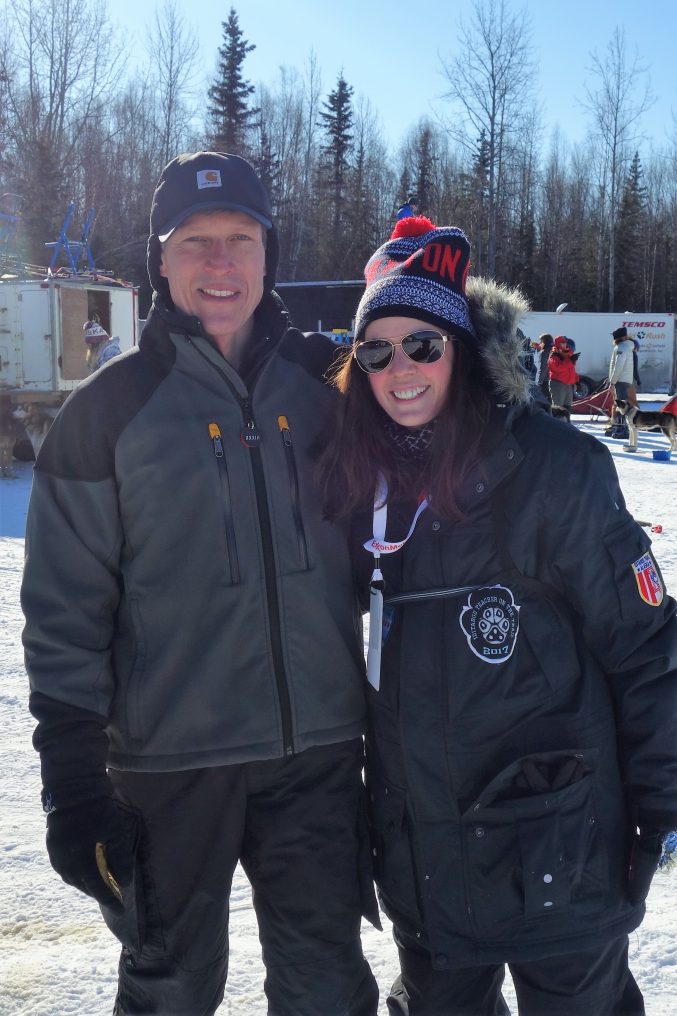 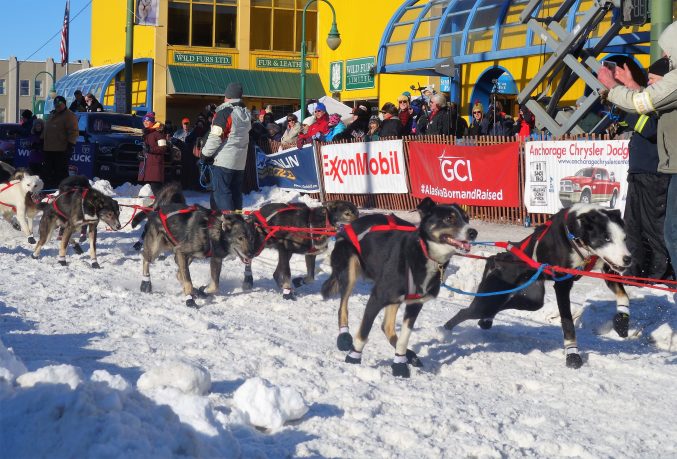 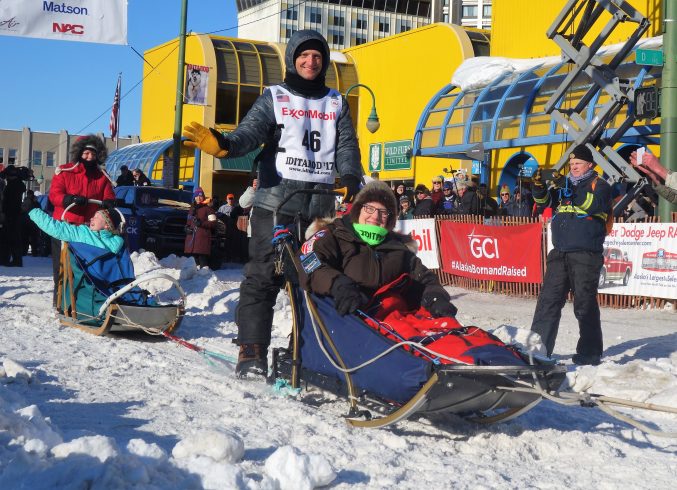 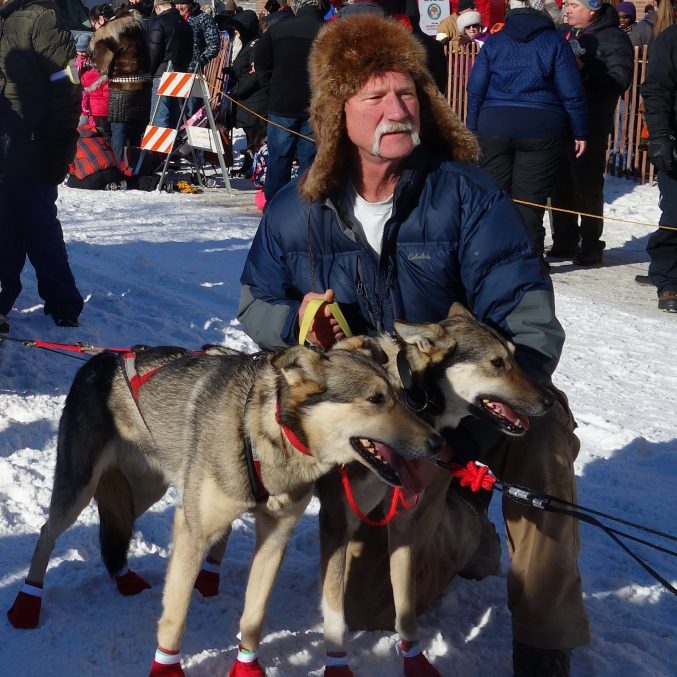 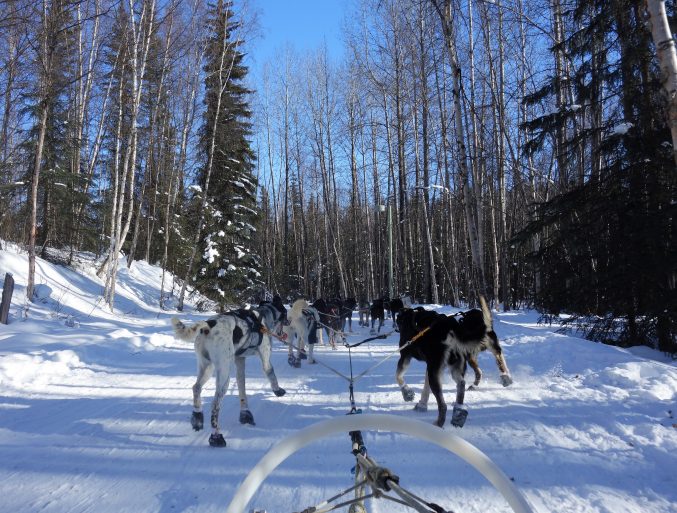 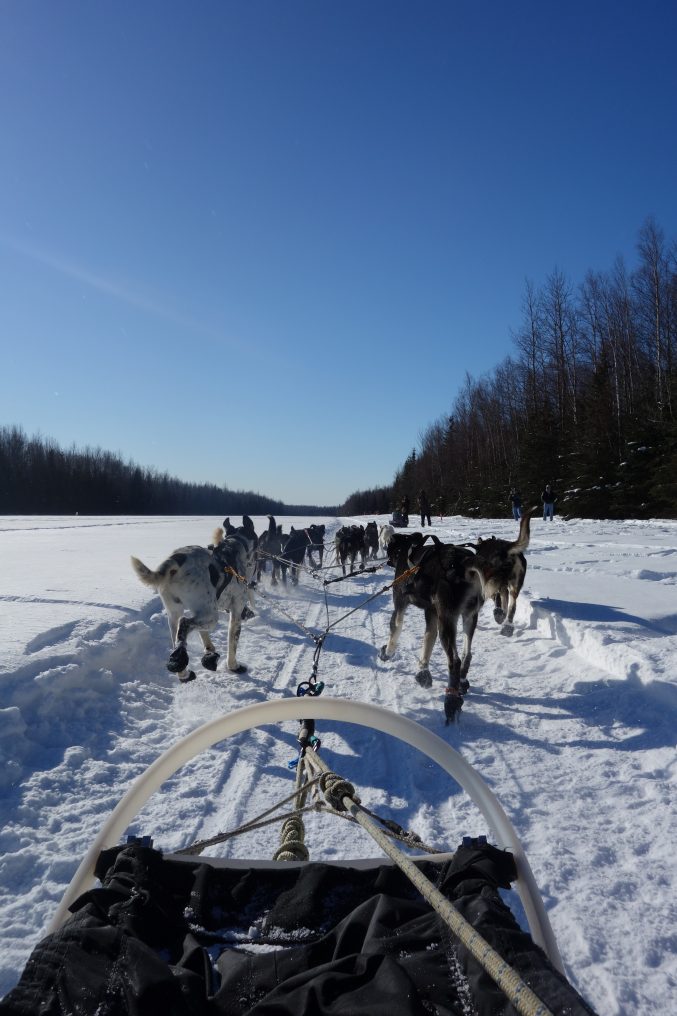