Building Relationships: Matters of the Heart

Parents and teachers everywhere desire that their children be responsible citizens. As teachers and parents, we hope and pray that our children make good choices, knowing the difference between right and wrong. Children constantly hear from authority figures that they are in charge of their behavior and all of the decisions they make. But how do we as parents and teachers purposely instruct our children in these matters? I like to refer to this instruction as “matters of the heart.”

There are loads of complicated programs developed to train children in areas of character or “matters of the heart,” and I am sure many are effective. But I have found real-life examples from the Iditarod to be particularly effective. My school’s “Buddy System” uses the Iditarod to build relationships between students; it teaches them, in an interactive format, what it means to be responsible. It is a simple system that profoundly encourages responsible behavior, and it works!

Each fourth grader (big buddy) is paired with a pre-kindergarten child (little buddy). The pair will remain buddies for the next five years (after which the little buddies become big buddies with little buddies of their own!) On their first meeting in August the fourth graders give their buddies stuffed husky dogs. Together they name the dogs, decide their gender, and make collars with dog tags for them. The buddies have their photograph taken with their dog and the dog’s birth certificate, with all of its vital statistics, is attached to the back. Each of the buddies receives a copy to take home. Through this initial interaction deep bonds are already forming.

However, prior to the buddies’ first meeting, the pre-kindergarten teachers (dressed up as “Canine Fairies”) deliver the stuffed 7″ huskies to the fourth graders. The Fairies impress upon them the responsibility that comes with being a role model to younger children and what that behavior looks like. We even ask them, “Are you ready to take on this responsibility?” Of course their response is a resounding, “Yes!” The fourth graders are so excited to be at long last big buddies after years of being the little buddy! The Fairies then give the dogs to the students to take care of for the weekend. When they return to school the next Monday, we have the fist buddy meeting with subsequent meetings scheduled every month for the rest of the school year.

On their second meeting in September the buddies paint doghouses for the puppies. In October the buddies meet for such activities as a special pizza picnic prior to attending a school assembly to meet Hugh Neff, the 2004 Rookie of the Year, and his lead dog, Marcellus. The Iditarod is the perfect theme to build positive relationships. And then in March when the real Iditarod is going on we have our own Iditarod adventure. The fourth graders are the huskies and the pre-kindergarten children are the mushers. They race across Alaska, from Willow to Nome, on plastic sleds over the damp grass.

This year we had our school Iditarod covered by our local newspaper and television station. They recorded the fun, the laughter, the sledding, the hard work, the dogs singing for their supper, and the eating of dog bone cookies prepared by the pre-kindergarten children. Best of all, the fourth graders were recorded by the media answering the question, “What does it take to be a big buddy?” The responses touched the hearts of teachers and parents alike when they responded, “I have to be responsible for my buddy.” “I have to make sure he is safe.” “I have to set a good example.” These were not empty words. The responsibility the fourth graders take for their buddies was evident in their behavior. They were making good choices based upon the needs of their buddies; moreover, these responses come from the heart. It is in matters of the heart that we see these young ones begin to realize their place in our community. To be responsible is to give back.

The relationship mushers have with their teams in the real Iditarod gives children a picture of how to be responsible. There are always wonderful examples for students to watch on Iditarod Insider. For example, find out how Paul Gebhart made responsible choices based on the needs of his dogs in this year’s race. You will find this listed under March 12 Paul Gebhart finishes 8th.

Click on thumbnail images to view a larger image.

All photos in this gallery are by Iditarod Trail Committee. Reproduction prohibited without written permission from the photographer. 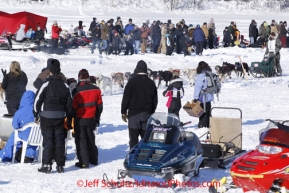 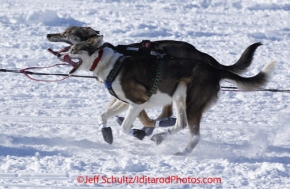 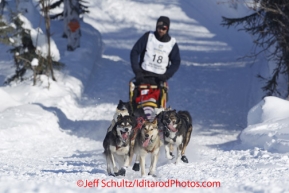 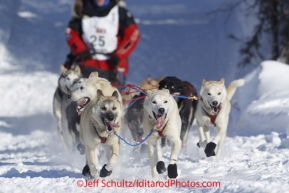 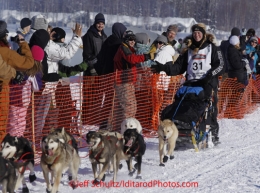 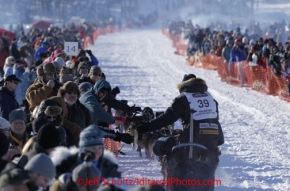 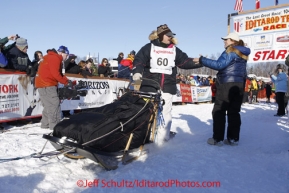 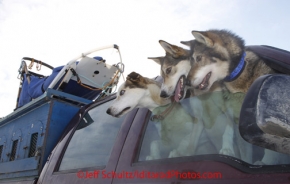 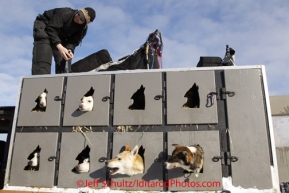 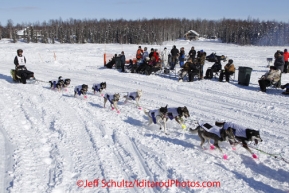 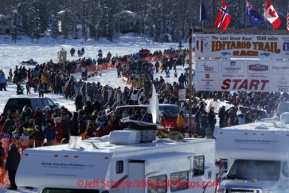 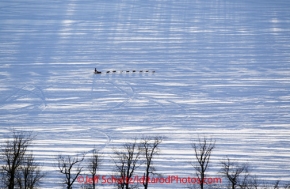 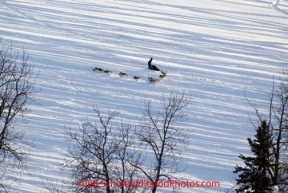 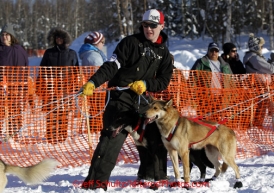 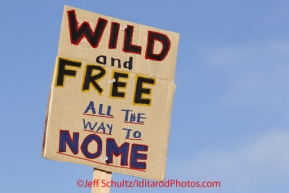