Thinking about some common misconceptions with the race, I was drawn to a parallel with this time of year. With the passing of 2020 (thankfully) and the aspirations of a new year, I thought it would be appropriate to discuss the rule of passing in the Iditarod and the misunderstandings surrounding it. NOW, with the announcement of the change in route, instead of a straight shot to Nome, mushers will run a loop to Iditarod/Flat and back to Willow. Therefore the rule of passing will be especially important this year, as we will most likely have teams passing each other head-on for the very first time. It will be interesting to see if any changes to the rules are made this year on how this is should happen. Stay tuned to the Iditarod website for further updates!

When we normally think about passing in sports, we think of runners, cyclists, race cars, dirt bikes, or even horses. All of these examples involve competitors running neck and neck vying for position. However, passing in the Iditarod is not like passing in any other sport. The way that one runner passes another on the track would simply not work with long, spread out dog teams on sometimes narrow paths. Therefore, the ITC had to come up with a way to resolve this, and in my opinion the guidelines they created bring out two of the core values of the Iditarod race itself; sportsmanship and camaraderie.

Passing in the Iditarod refers to rule 26 from the 2021 Iditarod rule book.

“Rule 26 — Passing: When one team approaches within fifty (50) feet of another team, the team behind shall have the immediate right of way upon demand. The musher ahead must stop the dogs and hold them to the best of his/her ability for a maximum of one minute or until the other team has passed, whichever occurs first. The passed team must remain behind at least fifteen (15) minutes before demanding the trail.” 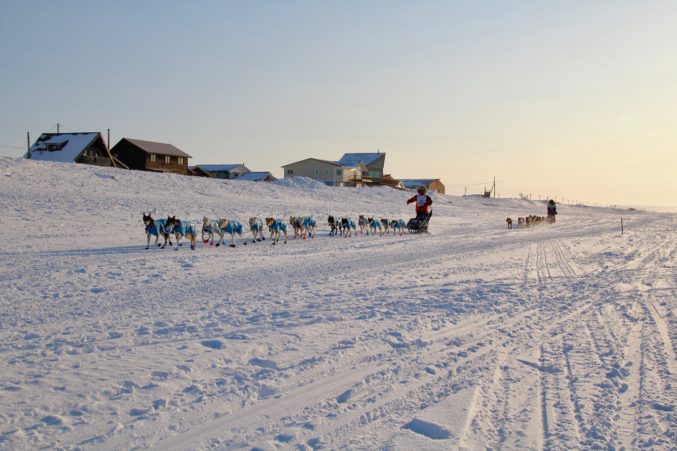 I cannot imagine this working in other sports, but it somehow does for the Iditarod. All athletes want to win and perform their best, but this example of passing highlights a characteristic of these mushers that I feel sets them apart from many others. They are a family first, and they help each other out, even in the middle of a competition. It can’t be easy for a musher to stop and let another team pass him/her during what may be the biggest race of their life. But the sport of mushing is firmly rooted in the theme of good sportsmanship, so much so that it is even written into the rules.

“Rule 22 — Sportsmanship: All mushers must use civil conduct and act in a sportsmanlike manner throughout the race. Abusive treatment of anyone is prohibited.”

“Rule 23 — Good Samaritan Rule: A musher will not be penalized for aiding another musher in an emergency. Incidents must be explained to race officials at the next checkpoint.” 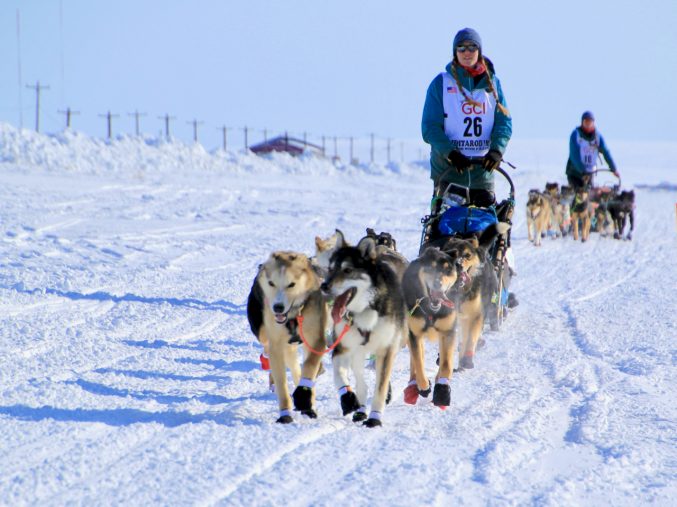 Check out the complete Rule Book for the 2021 Iditarod race.

If you’re like me, you may be wondering how the ITC initially came up with this idea for passing. As I learned from Dan Seavey (who helped develop the initial rules for the Iditarod with Joe Redington), they adopted most of the rules for the Iditarod from those of the  “All-Alaska Sweepstakes”. But where did those come from you ask? Here is what I found…

“On a cold spring day in 1907 a group of us gathered around the stove in a Nome saloon and began talking about dog races. After a few weeks of arguing we worked out the rules of the ‘All-Alaska Sweepstakes.’ Beginning with the spring of 1908 this great race of dog teams was run every year until the war, the last one in 1917. It became world famous, and has set the pace for every important dog race since.” 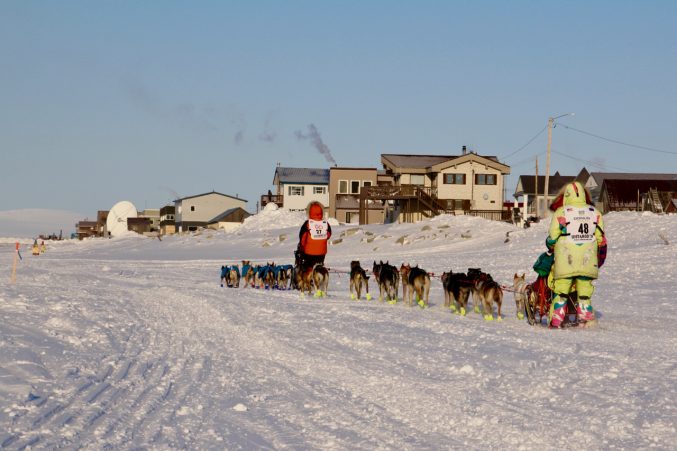 Teachers: In the elementary classroom, there is a connection here that could be made to developing your own classroom rules. For upper level social studies teachers, you may want to compare the borrowing of rules here to the creation of our own country’s laws (both the preamble to the Declaration of Independence and the Constitution), which originated with the Mayflower Compact. There are other great parallels that can be drawn between borrowing ideas/rules/laws as well.