Misconceptions and More: The Start of the Race 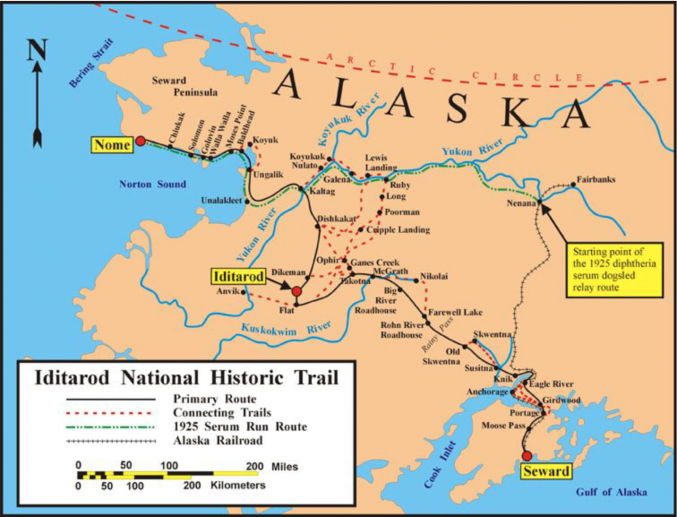 Continuing one of my themes from last year, I wanted to start this year by looking deeper at the start of the race. The premise of this post actually brings to mind 2 separate misconceptions about the Last Great Race. The first one being why the race was started. Many think that the Iditarod was originally run to commemorate the 1925 life saving Serum Run to Nome. While still an extremely important part of mushing and Alaskan history, it is not the reason this race was created. Instead, according to the “Father of the Iditarod” Joe Redington Sr., it was created with 2 goals in mind. First, to bring recognition to the National Historic Iditarod Trail. This trail served as a basic line of mail communication and freight service for many until 1963, when the airplane took the dogsled’s place in mail delivery. After which, the trail began to fall into disuse. The second goal of the Iditarod is to preserve the use of the sled dog as a means of transportation and lifestyle, especially in some of the smaller villages and communities in Alaska where the sled dogs were being overtaken by snow machines. Nowadays, I feel it also serves as a remembrance of the ways life used to be, less than 100 years ago. There is something really special about the connection these mushers feel to the trail and the landscape of Alaska. Check out a more in depth look at this in a previous post I wrote from last year here: https://iditarod.com/edu/misconceptions-and-more-iditarod-the-serum-run/

The second misconception associated with the start of the race can also be examined when talking about the question of where. Each year on the first Saturday of March, mushers line the streets of downtown Anchorage to prepare for the 1,000 mile race to Nome; the Iditarod Sled Dog Race. Many people assume that since the race starts in Anchorage, that it runs the entire length of the Iditarod Mail Trail. However, it does not cover the entire trail. There are actually about 120 miles at the beginning of the historic trail that are not used during the race.

I delved further into the question of why this part of the trail is not used in the race through research and phone interviews with Dan Seavey (one of the people who helped Joe Redington Sr. convert his dream of a long distance sled dog race into a reality). In the end, I learned there are a few significant explanations. 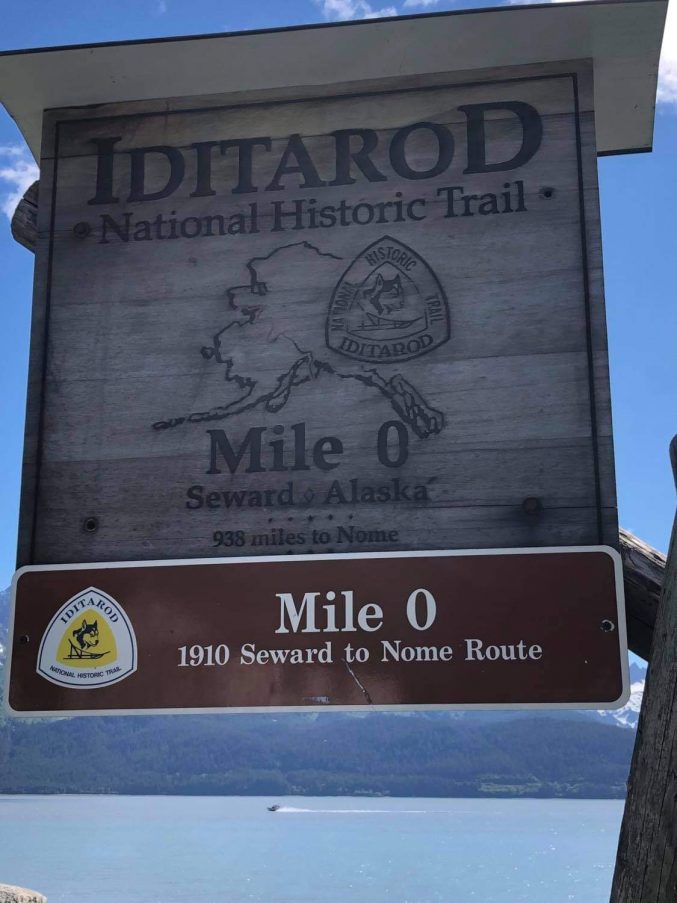 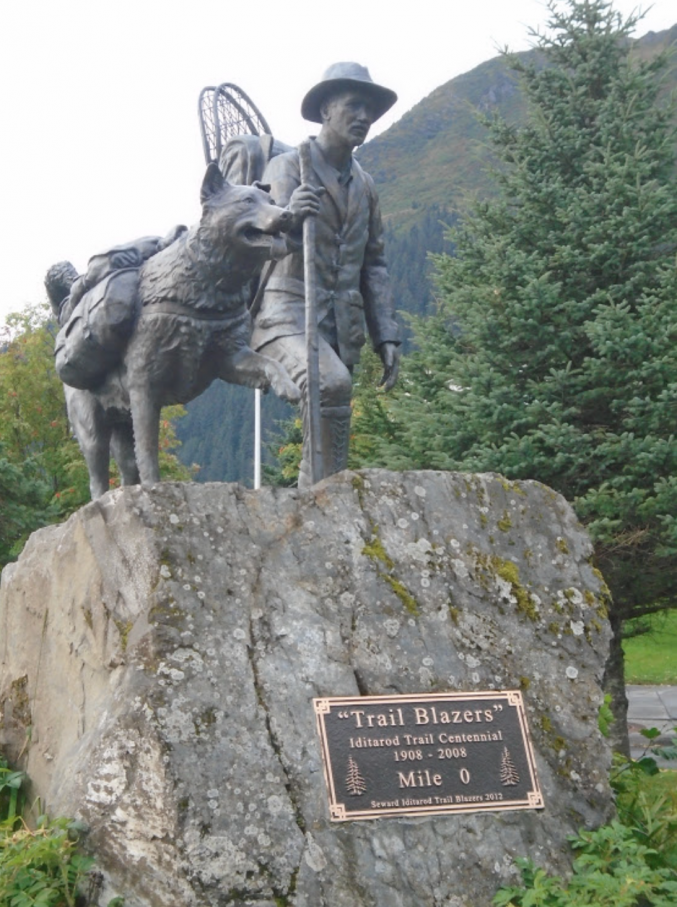 According to Dan Seavey, “The Iditarod Trail is a historic trail. It essentially was created from about 1908-1910. That’s when the exploration out of Seward heading toward Nome took place. This was before there was an Anchorage. Seward was founded as a railroad building town in 1903. From then on they kept pushing the tracks further north. By the time of the gold discovery in 1908-1909, they were at about mile 58 of the trail. So a lot of the original trail was overlaid by rail. Then when we got into the car era, some of it was overlaid by roads so the Iditarod trail on the Kenai Peninsula was pretty much erased.” Therefore, it was really not possible to start the race at the start of the trail. 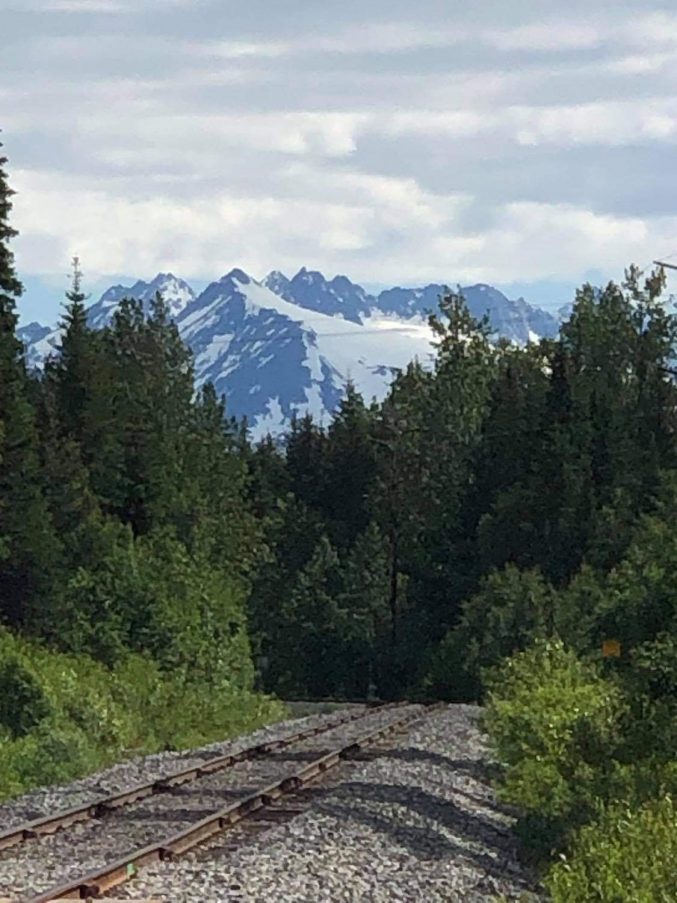 Interestingly enough, Anchorage didn’t even exist when the Iditarod Trail was being constructed. Anchorage was not founded until 1914 when the city was to serve as headquarters for the Alaska Railroad which would run all the way north to Fairbanks. In 1918, the connection to the Seward line was completed, and then by 1923 the entire tract was finally completed.

Another reason why Anchorage acts as the start of the race is due to the size of the city itself. In 2019, the population of Anchorage was 293,531 compared to the population of Seward which was 2,773 in 2019. Starting the race in Anchorage would provide a bigger fan base, but as Seavey also stated, “…it had a lot to do with sponsors. Much of the financial assistance for the race comes from sponsors, and Anchorage is where the sponsors are” and “there is so much support for the race in Anchorage”. As he explained further in his book entitled The First Great Race, “It was considered necessary to establish race headquarters in Anchorage and begin [the race] there as well. Anchorage provided more spectators, more volunteers, more potential sponsors, more you-name-it than any other starting point” (pg. 181-182).

The city of Anchorage has been an amazing host for the Ceremonial Start of the Iditarod, and people continue to travel from near and far to take part in the kick-off festivities. This year should be no exception with the gold anniversary of this historic race. Those interested in witnessing the start of this race should also try to see where the history of the trail began; in the seaport of Seward on the picturesque Kenai Peninsula. Because as Seavey said, “You shouldn’t leave the state without seeing the most beautiful part of it.”

Teachers: To tie in the start of the race with the start of our year, I am sharing a lesson that I posted about last year to help get the year started in my classroom. In this lesson, students create their own patch to represent and share their interests and favorite things with their classmates. It is a great SEL and “getting to know you” activity! Personal Patch Lesson 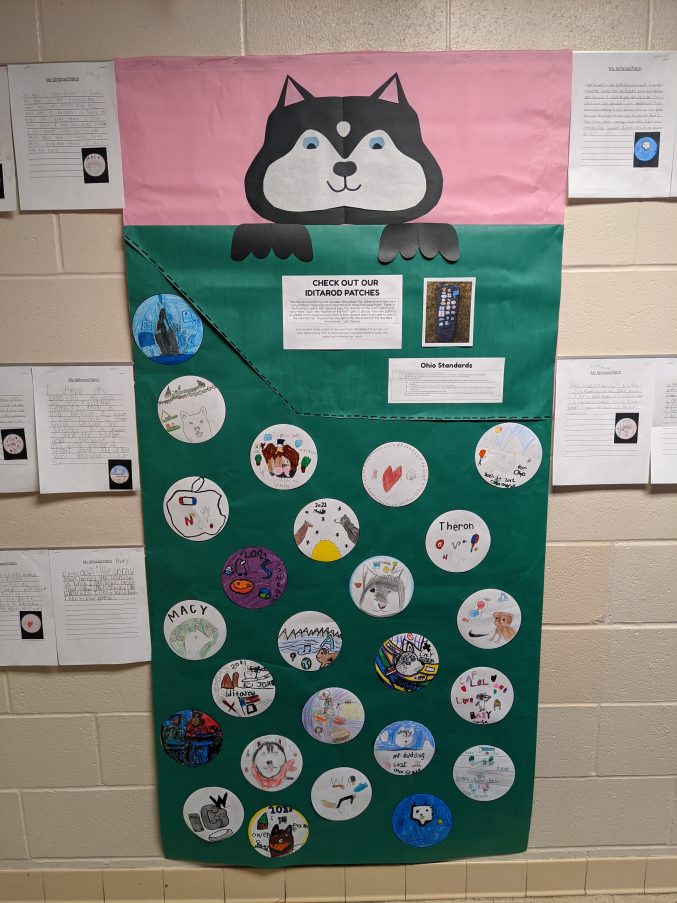 My teammate’s student patches displayed on their class sleeping bag with written explanations. Great way for students to tell more about themselves! 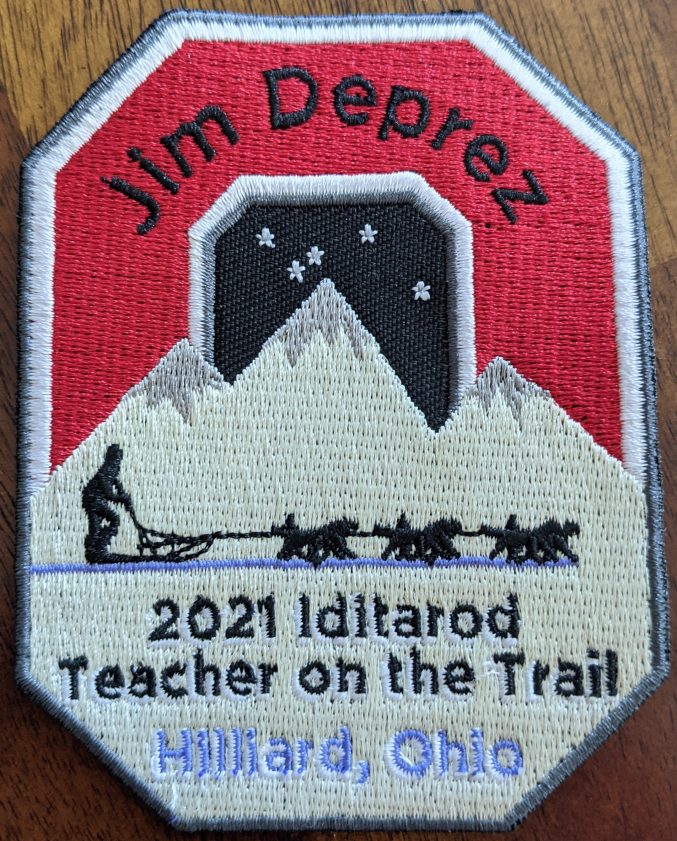 My patch, check out the lesson plan for the symbolism behind the different graphics.