O is for Optimism: Let the Race Begin!

The Iditarod Alphabet 2017
O is for Optimism

Optimism is defined as the hopefulness and confidence about the future or the successful outcome of something.  As the race began today, there was lots of optimism at the start line.  The optimism of rookie musher, Roger Lee, was quite evident as his team neared the start in Fairbanks this morning.  Lee’s team was roaring to go, and he certainly had a pep in his step!  The optimism is certain to continue down the trail until all the mushers reach the Burled Arch.

O is for Optimism

Well, the race is underway!  It has been an exciting day watching the mushers begin the race and make it to the first checkpoint of Nenana.

When I first went outside this morning it was a chilly -31* F, but as the sun came up it warmed to about -15* F.  How does the weather in Fairbanks compare to the weather where you are at?  Warmer? Colder? About the same?  After all the mushers left Fairbanks I hopped on a bush plane out to Nenana.  I had the opportunity to fly with Joe Pendergrass of the Iditarod Air Force, and we had a great time.  Joe has been flying with the Iditarod for the last 20 years.  We saw about 15 teams from the sky, and beat the first team to the checkpoint.

Once I arrived in Nenana, the community has been nothing but the best!  They have the biggest pot luck dinner going, and the community center is just bustling with people.  The mushers and volunteers are enjoying moose stew, pasta, hotdogs, and so many sweets.  The kids are running around asking mushers for autographs, and all the mushers happily sign their notebooks.

Many of the teams are now resting just up the river from the community center, but a handful of them continued onto Manley including reigning champion, Dallas Seavey.  Dallas was in the checkpoint less than fifteen minutes before heading out again.  It is going to be an exciting race to see if he can make history with five wins! 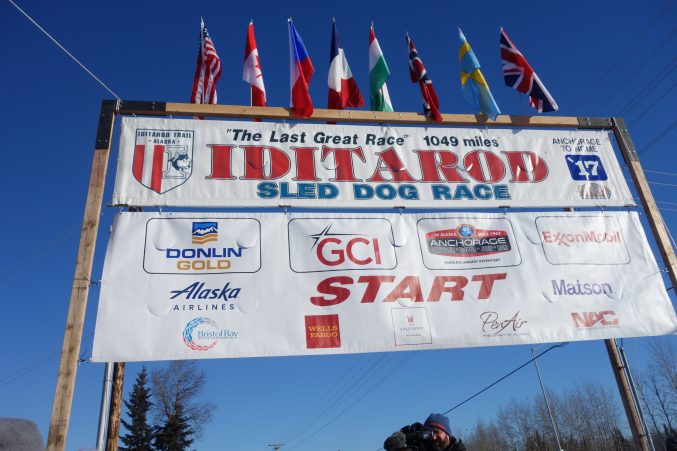 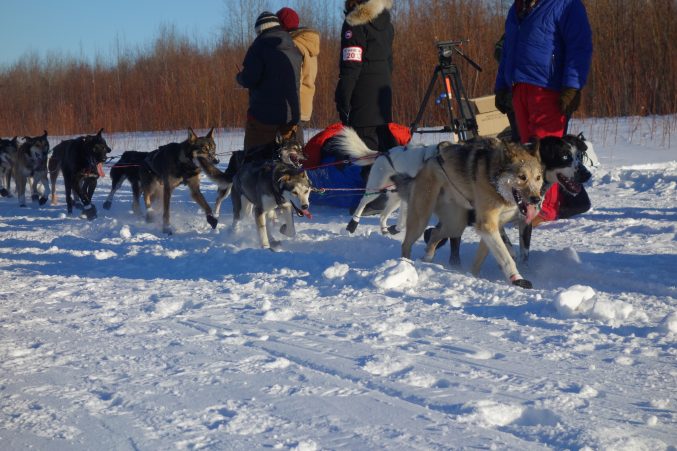 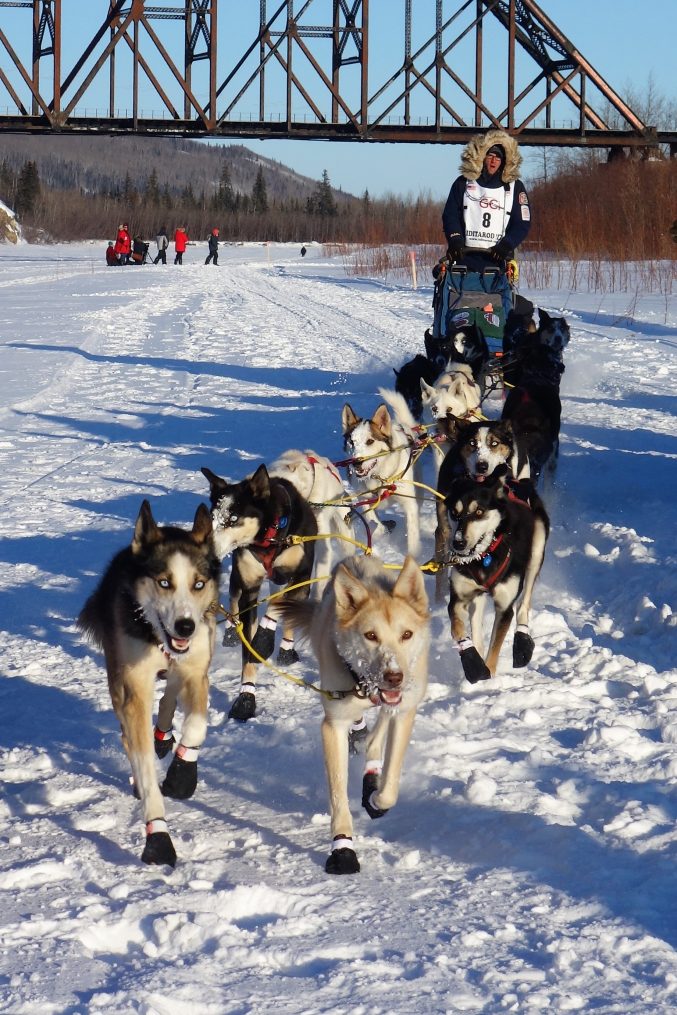 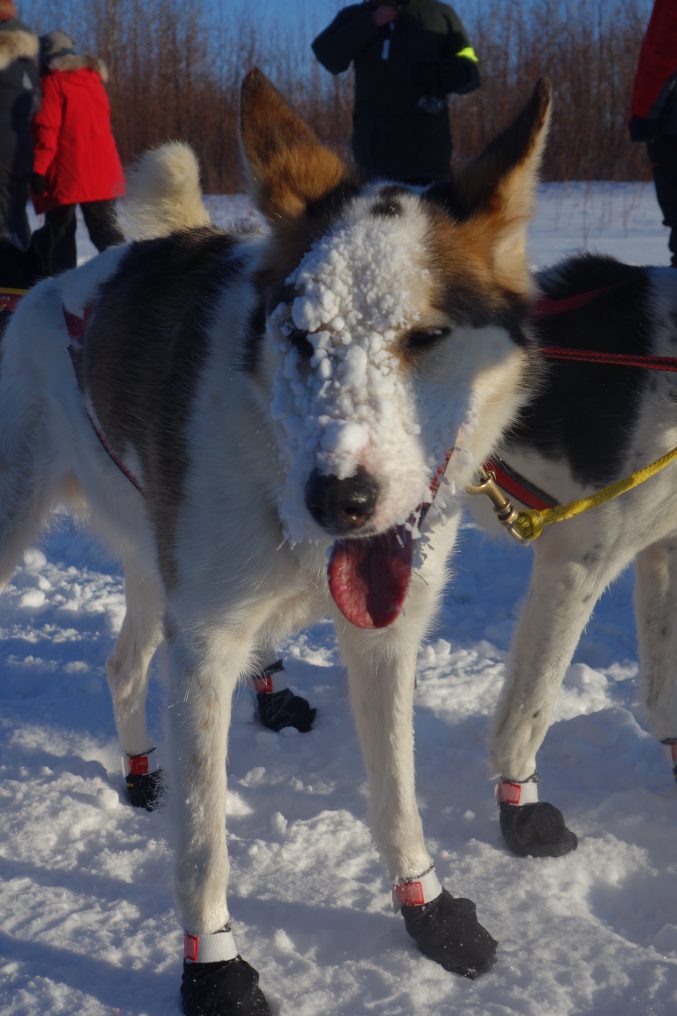 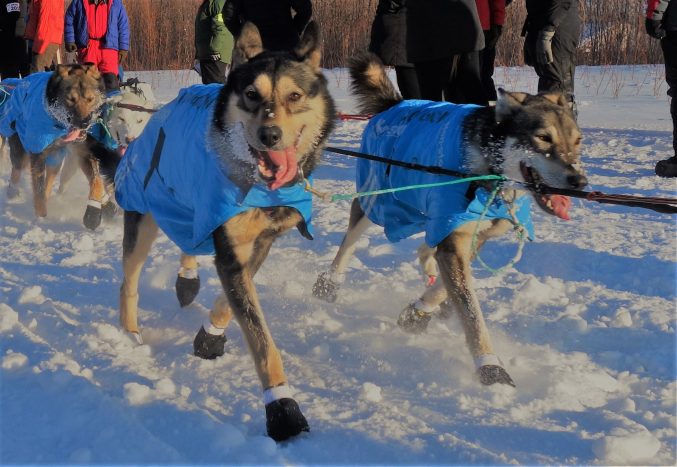 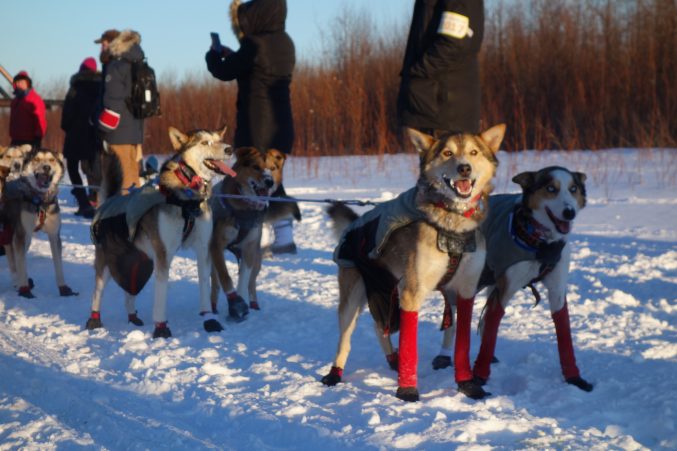 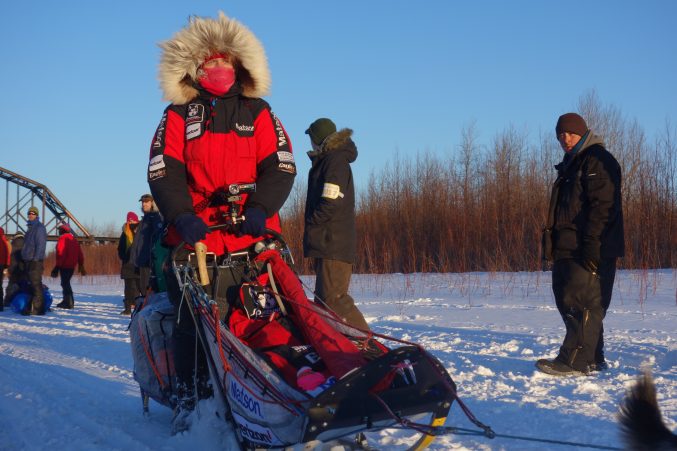 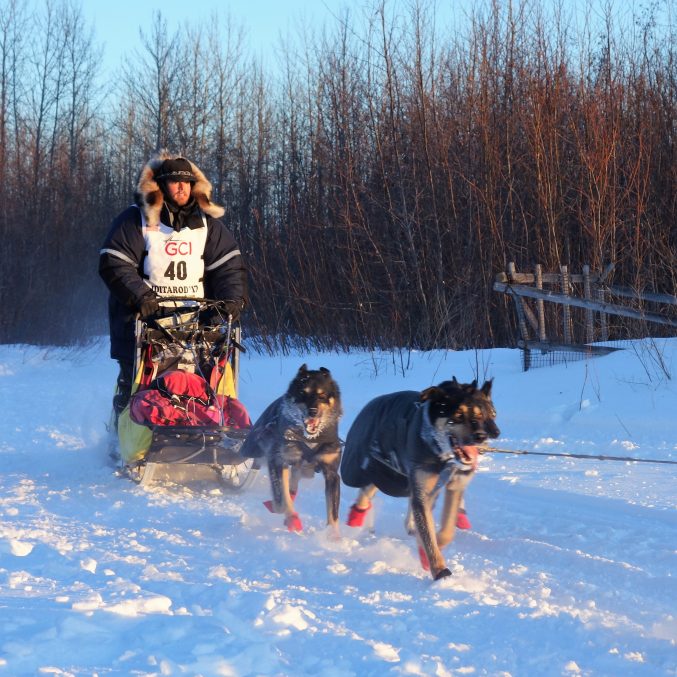 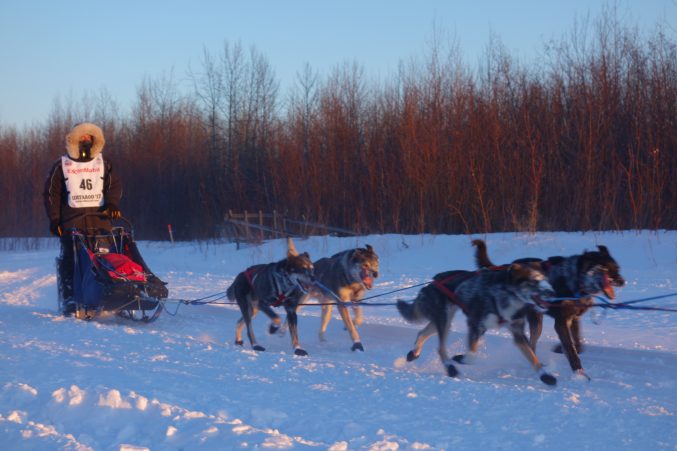 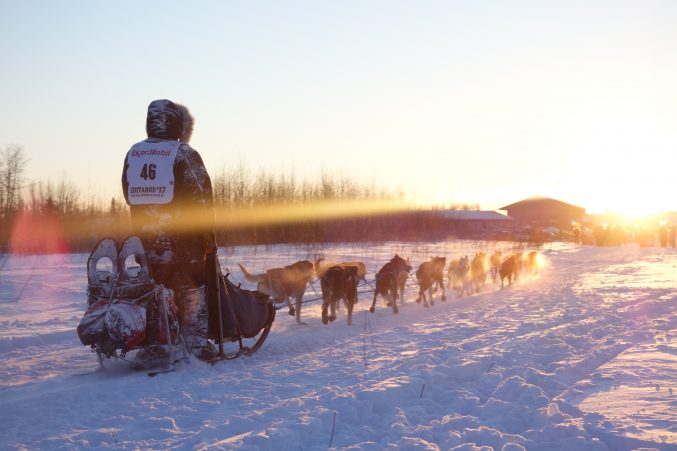