SEL Snack: Advice From A Champion 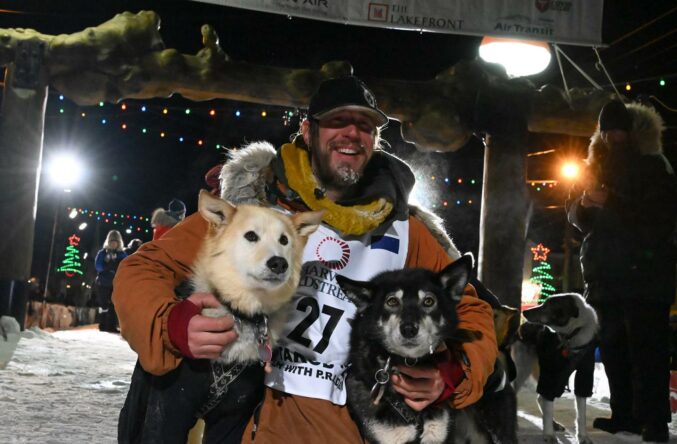 A few weeks ago I had the great fortune to interview 2022 Iditarod Champion Brent Sass, and that interview will inform my next few posts – it’s going to be an All Sass September! Brent Sass is no stranger to success; as a three time Yukon Quest champion and six time Iditarod finisher, Iditarod Rookie of the Year in 2012, and winner of the Yukon Quest Vet’s Choice for dog care twice (in 2015 and 2019), he’s become quite familiar with a winning title. What did it take for Brent Sass to get to this point in his career? The answer is more complicated than you might expect: “The best thing you can do is learn from your mistakes,” says Sass. And after making those mistakes, he committed to a philosophy to reframe winning and redefine success. 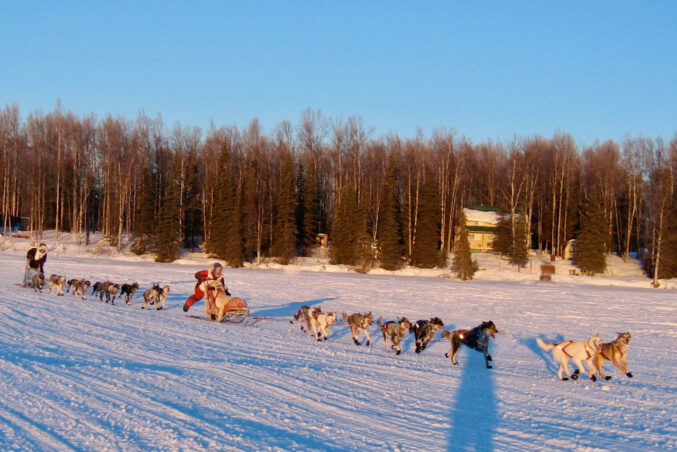 The Iditarod is a race, and when our students hear the term race they immediately think of competition – winners and losers, success and failure. Challenging that definition can be a difficult, but necessary, part of social-emotional learning about self-awareness. I introduced a little Social Emotional Learning (SEL) last month and now I want to expand the concept of self-awareness to incorporate “capacities to recognize one’s strengths and limitations with a well-grounded sense of confidence and purpose” (CASEL). How can we push students to excel and set goals, while building skills to realistically understand their own abilities and limitations?  Take a tip from Brent Sass, “Run Your Own Race.” 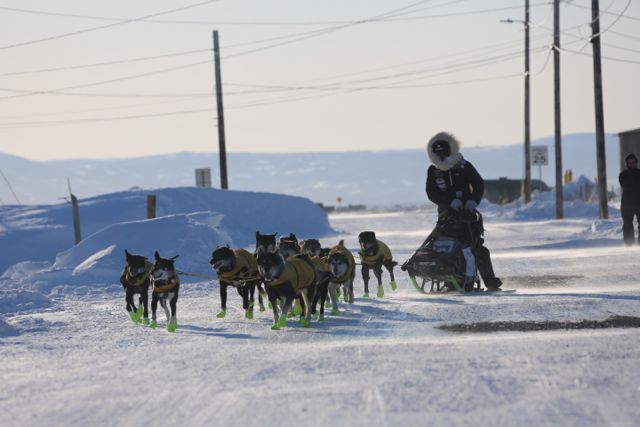 This philosophy, “Run Your Own Race” (which Sass has tattooed on his forearm) came from lessons he learned in a particularly tough 2016 Iditarod. As Sass tells it, “I got caught in the race one year, and was trying to win the race and push too hard: and I paid for it.”

Sass arrived in White Mountain in third place, 4 hours ahead of the musher arriving in 4th place.  He served his eight hour mandatory rest thinking third place was within reach.  At the end of his mandatory rest Brent was ready to go, but his dogs weren’t.  Sass had been focused on the win, not on his team.  Now he had no option but to let them rest until they were ready to leave.  Sass arrived in Nome in 20th place.

“The big thing I took from the race was I needed to not get caught in that competition, and just really focus on my own dog team,” Sass continued. “Focus on everything in front of me and not worry about anything else around me. When that switch came it was huge. It made a big difference in my career.” Our students can adapt this perspective -focusing on their personal “race” – to develop positive self-awareness around their strengths and weaknesses.

Our students live in a digital age; consuming images of friends winning trophies, attending parties, receiving gifts, etc., leading to constant comparison with their peers. But what if they are encouraged to make a conscious effort to “Run Your Own Race?” As Sass himself says, “I think doing things your own way and focusing on yourself and making sure you’re doing what’s best for yourself and achieving your goals is really key and not getting caught up with what everybody else is doing.”

With my students I share my own experience of running a marathon.  When kids hear I ran a race they immediately ask, “Did you win?”.  Ummm, No. No I did not. I struggled through every mile, shouting “Not today!” at the sag wagon volunteers, and swearing I would never, ever, do this to myself never, ever again (Spoiler: I did). I will never, ever win a running race.  So why do it?  If winning is the point and you know you can’t win, why bother trying?  Ok, so I will never win a running race, but I will get better, set my own personal goals and work to achieve new things – faster times, further distances. Running My Own Race – literally. I recognize my strengths and limitations and go forward with a well-grounded sense of confidence and purpose (to paraphrase CASEL). 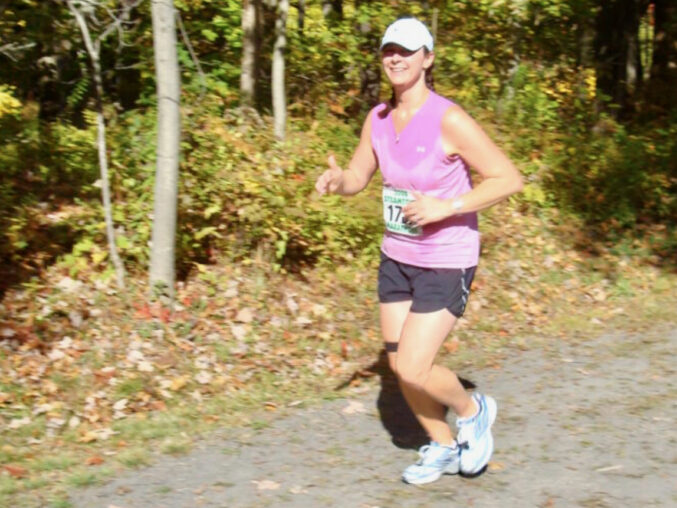 Smiling my way to a NON-WINNING finish at the Steamtown Marathon. Photo Credit: J. Westrich

This fall I will share the “Run Your Own Race” philosophy with my students, creating a visual on my bulletin board to remind them of our focus this year on achieving goals that we set for ourselves, regardless of what others might be doing.  Some of my students will feel challenged to read a book independently, others challenged to read a book without pictures, still others to read a full series.  Each race will look different, but each success is equally celebratory.  I don’t let my non-readers give up because they’ll never “beat the kid reading the full Percy Jackson series”?  That isn’t your race.  Your race is to read the Elephant & Piggie. Perhaps the Percy Jackson kid is racing to complete 2 pull-ups in PE, and you can already do 20. Run Your Own Race. Good self-awareness is knowing what you are capable of – knowing what a “win” will look like for you.  Set your goal and work for it. 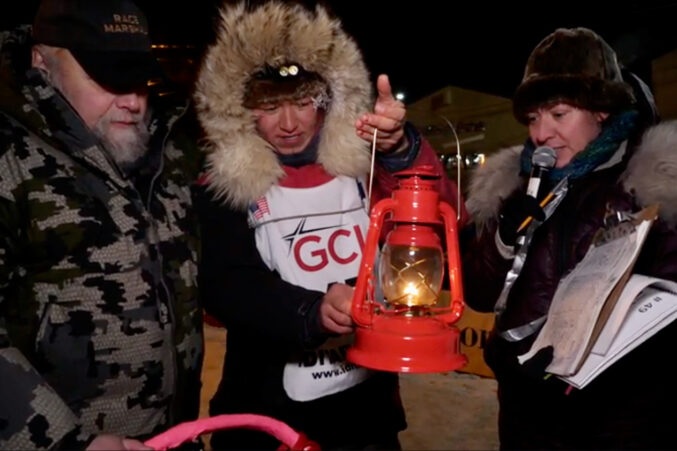 The Iditarod has an award, The Red Lantern, for the last place finisher. You can incorporate this into your discussion of rewarding those who achieve their goal, even if the goal is just to finish.  I like to point out that I run much slower than the marathon winner, but that means I’m also on my feet for 2+ hours longer than they are. My effort is just as merited. The Red Lantern winning musher can be out on the trail for up to a week longer than the Iditarod Champion. Extra days on the trail are draining and dangerous and that effort should be honored, too. 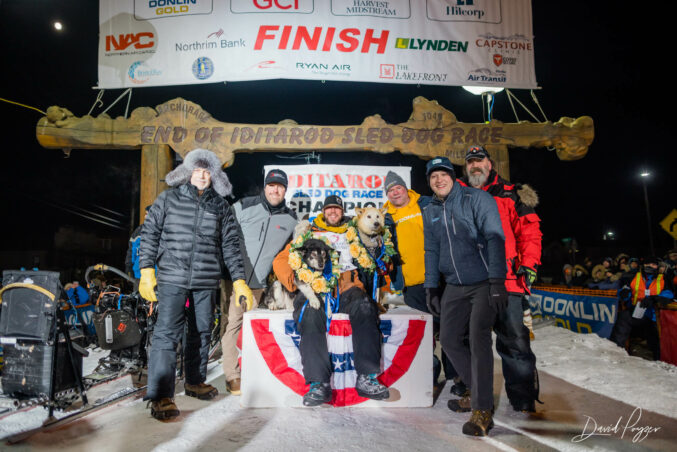 Run Your Own Race provides the opportunity to help students understand the difference between doing “their best” and being “the best.” And sometimes, as in the case of Brent Sass, one leads to the other.

Library Learnings:  Reminding students to focus on their goals without comparing themselves to others can be a tough sell.  I like to read Is There Really A Human Race? by Jamie Lee Curtis & Laura Cornell to my youngest learners.  The story reminds kids that we aren’t in competition with each other, rather we are here to do our best and to make the world a better place.  One final note from Brent Sass, “I was able to completely run my own race (in 2022) and it was a lot of fun.”  Doesn’t that sound amazing – to run your own race, be successful, AND have fun doing it?