Speaking Russian in the Iditarod 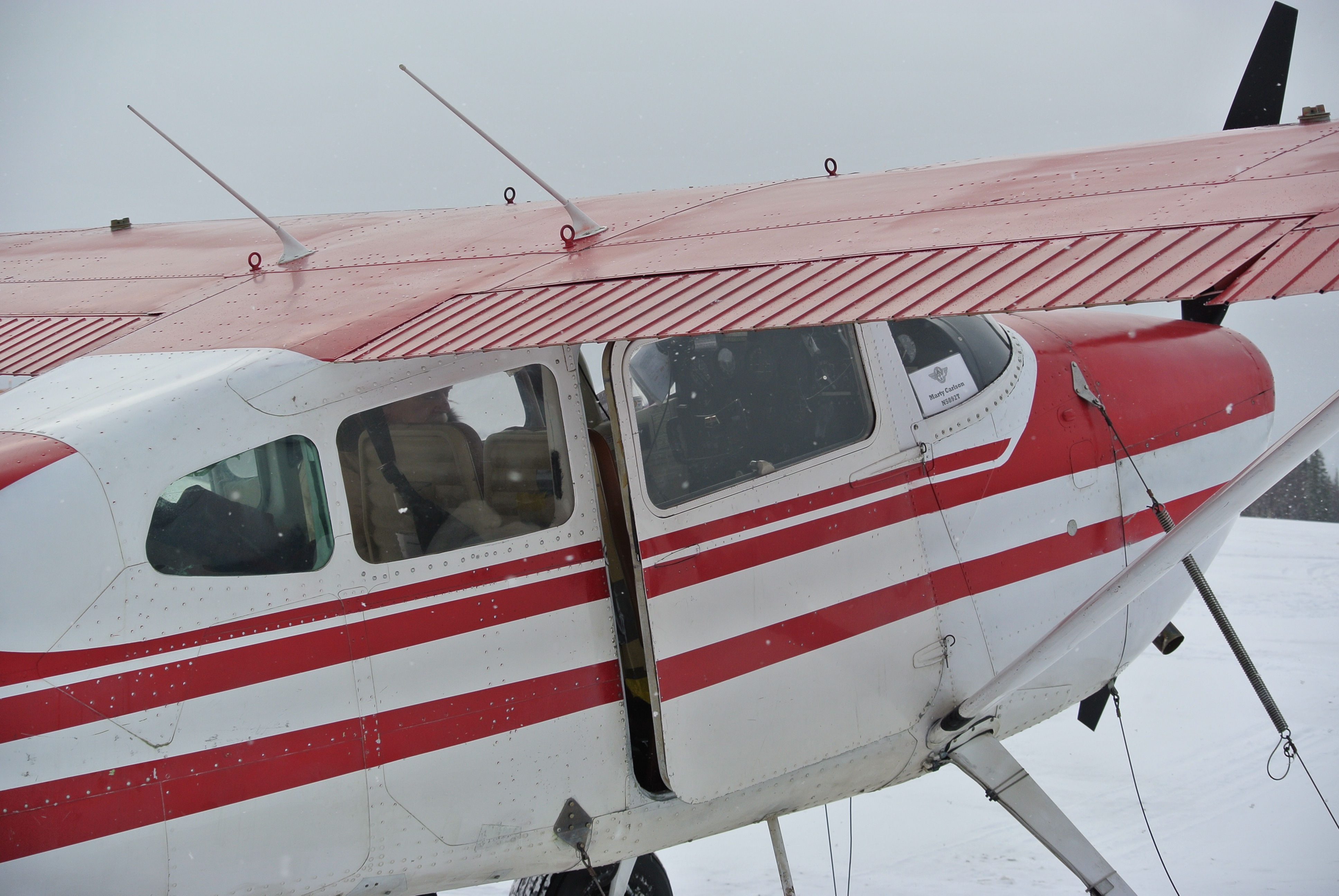 I was able to get out of McGrath Sunday morning with pilot Marty Carlson.  It was smooth flying for a while, then the low clouds moved in.  Marty reacted by turning around and getting on top on the clouds to fly me safely into Anvik.  I can’t believe I’m actually at the Yukon River where I even spotted a few moose as we flew in. The Iditarod has the best bush pilots! 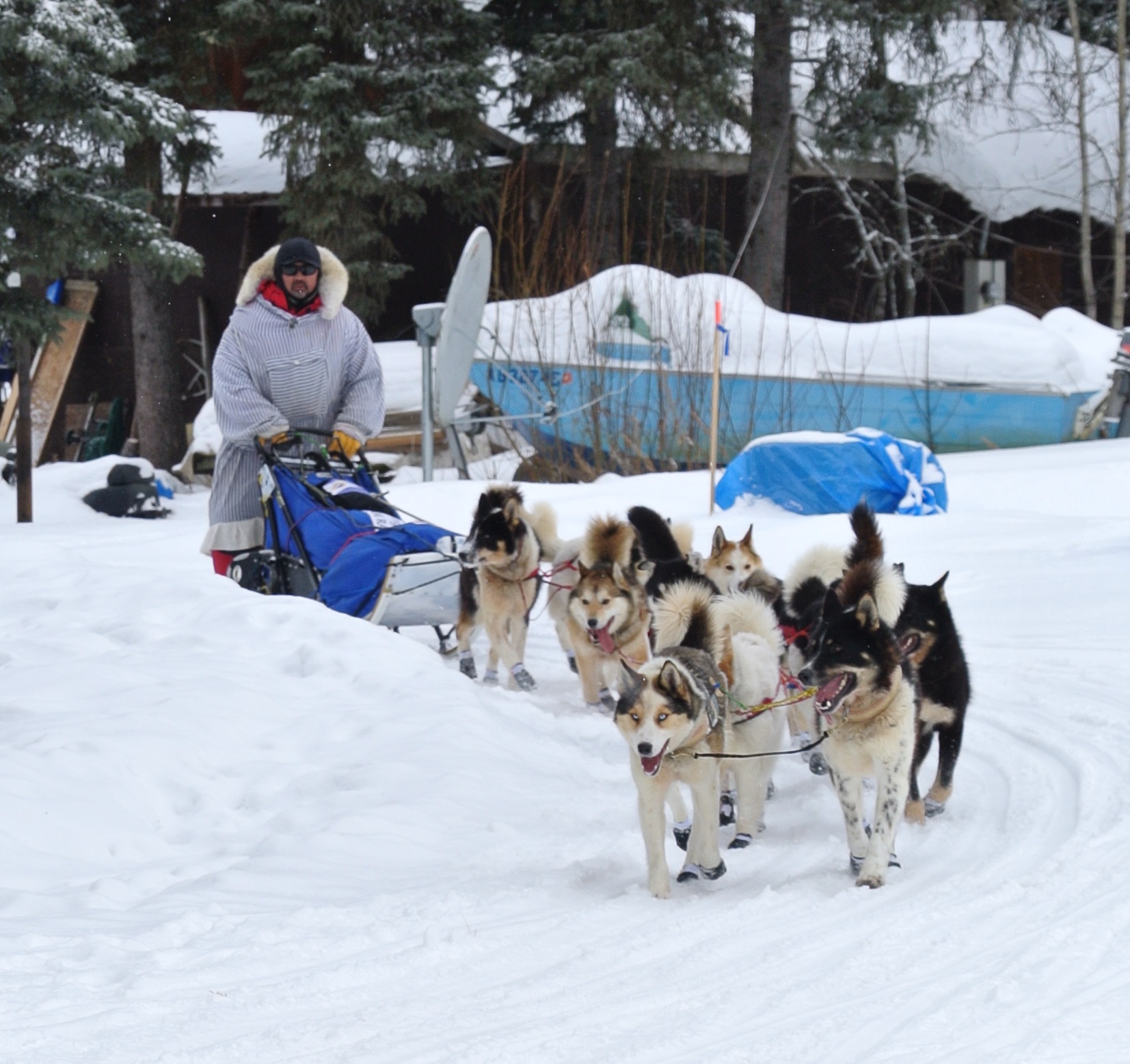 Anvik is where Martin Buser won his “First to the Yukon” dinner.  Shortly after I arrived, Mikhail Telpin drove his team into this checkpoint.  It MUST be hard for him.  He came into the checkpoint with his beautiful dogs still wagging their tails after 486 miles.  Mikhail is from Russia and speaks little to no English.  He tried to communicate with the checker and finally got down on a knee to ask his question by drawing a picture in the snow.  He was curious about what the next checkpoint was and how far 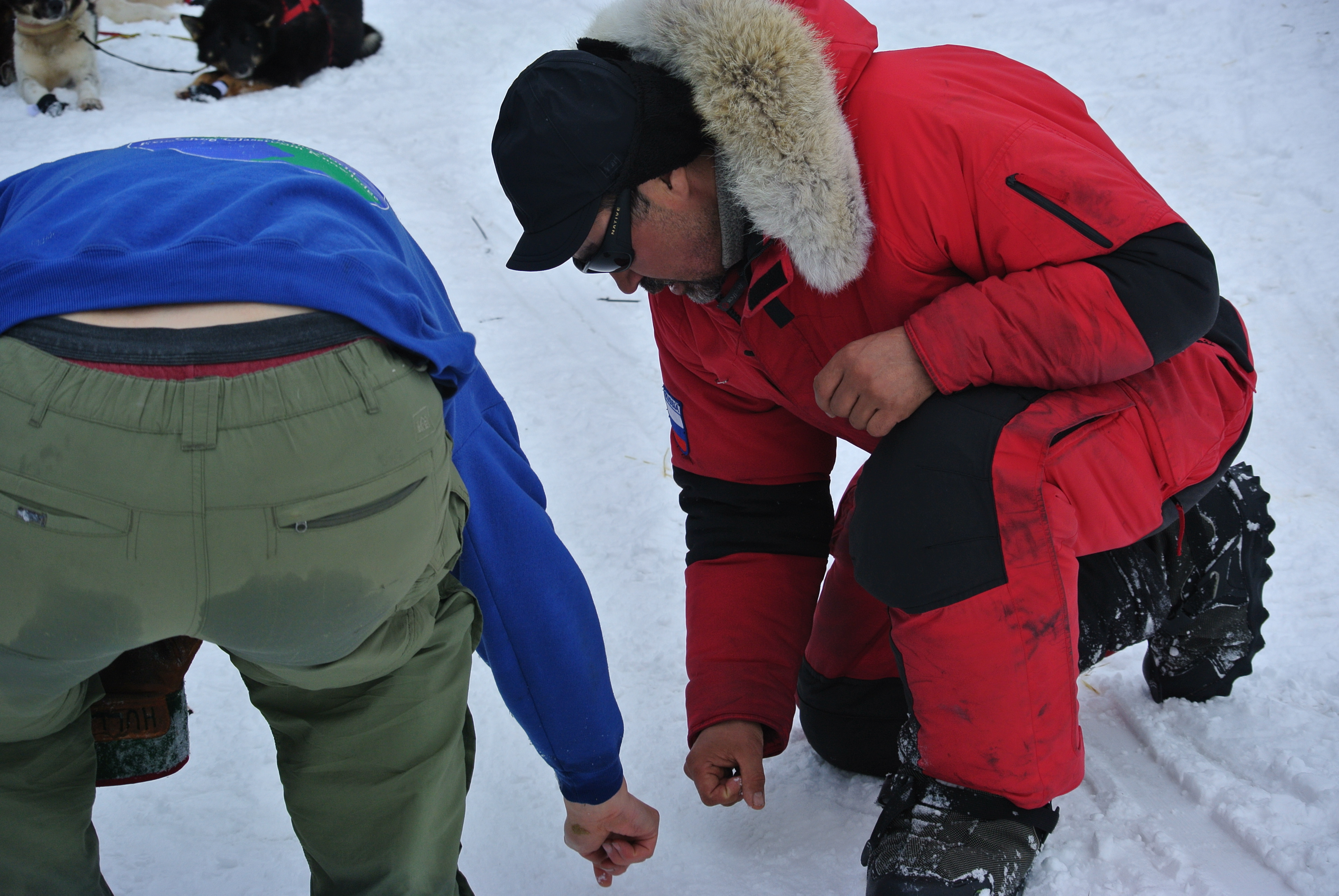 He switched out his lead dog, pulled a few things out of his bag, signed a few autographs, and then headed down the trail where he will have to try to communicate with the checkers at the next checkpoint.  Not only does he have the challenge of the Iditarod Trail, but he also faces the challenge of communication.  Good for him.  He made it 486 miles, so he must be doing something right.