Voices of the Volunteers: Monte Mabry

Monte Mabry has served as Director of Operations for the Iditarod Air Force in recent years. He has lived all over the globe and flying is, simply, in his blood. This will be his 25th year with Iditarod and has seen the evolution of the race first-hand from both an aviation and logistical perspective. He takes his role in the IAF seriously and yet stays humble about it; stating “we try to be behind the scenes, and if people never realize all [that what we do] is going on, that’s great”. Here is a little bit more about Monte Mabry in his own words. 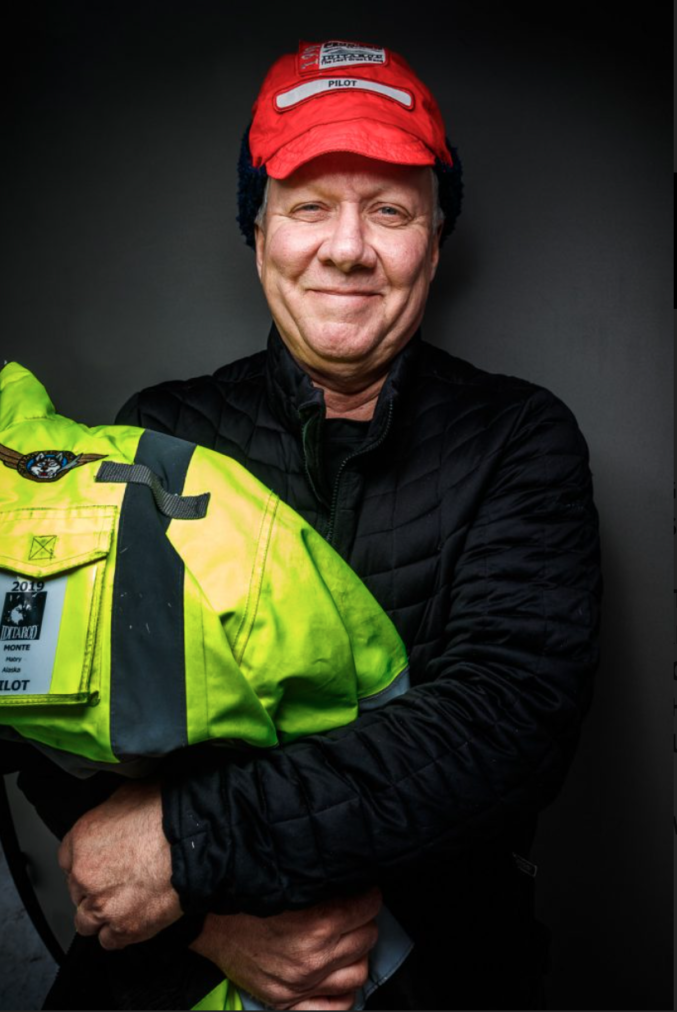 “In the past I have done some commercial flying, but with Iditarod I’ve been in one of the leadership roles with the 25 pilots or so. So I’m interacting now more with the board, and Mark Nordman of course. We actually have quite a bit of structure, and we do half our volunteering before the race even starts. The staging of all the equipment, and setting up all the checkpoints and drop bags.

My day job is a geologist. My dad was a pilot when I was 5 or 6 years old, we lived in the outback of Australia, and the islands and Papua, New Guinea and I kind of grew up around flying. Two of my brothers are commercial airline pilots, and my dad was originally a Navy pilot in the Korean War. I’ve always been around aircraft and flying. Alaska is a neat place for that, it really opens up the state. So in the winter, there’s not much going on; the Iditarod gives me a chance to do some flying and feel like you are part of something bigger than just yourself.”

“I moved up to Alaska in the mid 1980s and as soon as you moved up here, you know about it [the Iditarod] because it starts in Anchorage; or at least the ceremonial start. It was even a bigger event then, than it is now. Half of the town would go down to watch it, but I had never heard of it before I moved up here. I would go down to watch some of those races. I never went farther than that [at that point]. You just park yourself somewhere along the 17 miles of trail through Anchorage and watch it with your friends and every 60 seconds or so another team would come by. But I didn’t follow it the same way as I did once I started volunteering.”

“I’ve been a pilot for a long time and I had friends that volunteered their time and aircraft to support the race way back in the late 80s. I went out and hung out with them a little bit and it was kind of a “hot dog” group. [But since then] I had a couple friends that said ‘It’s completely changed, it’s different. It’s nothing like the free-wheeling days of the 70s and 80s, so you’ll like it!’ So that’s what got me involved.

It’s the people and the camaraderie that keep you coming back. I’ve made good friends primarily with the other pilots, but a lot of other volunteers as well. Especially the veterinarians because we interact with them quite a bit. And virtually none of the veterinarians are from Alaska, they’re all from, all over. There have been some from Spain, Great Britain, South Africa and New Zealand, so they tend to be long time volunteers just like the pilots.” 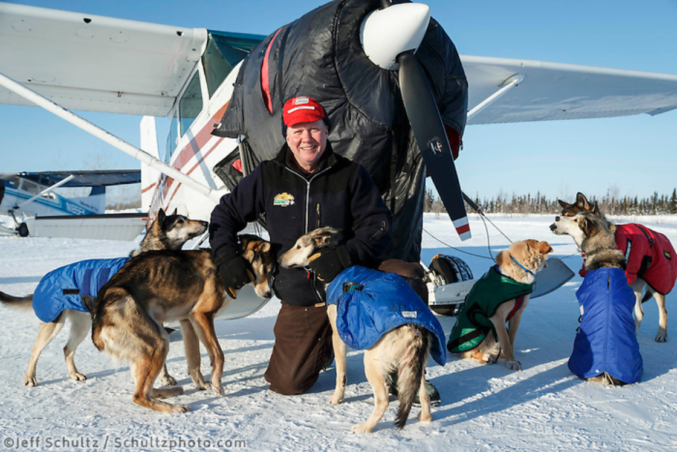 Volunteer pilot Monte Mabry poses with some of his passengers of dropped dogs at the Huslia checkpoint on the afternoon of Sunday March 15, 2015 during Iditarod 2015.
(C) Jeff Schultz/SchultzPhoto.com – ALL RIGHTS RESERVED

“The flying is always fun, I’m not sure if I would personally volunteer if it wasn’t for the flying. That just makes it fun. Winter flying up here, you really have to be careful, it’s cold, it can turn into a survival situation really quickly if you are not careful. But with the Iditarod, you’ve got 10 friends that will come rescue you. [More importantly] over the years the way the pilots are treated has changed. We try to get a quiet place to sleep so everyone gets a good night’s sleep for the next day, and if the food isn’t great, we have even started flying out our own cooks in some places, and then morale went way up [amongst the pilots].

But if I was a volunteer, I would want to fly with someone who is well-rested, and professional rather than wondering if you are going to get there or not. That part is kind of fun, and the Iditarod has been really good, so that if something breaks or there’s mechanical issues, we make sure that the pilots are covered. The insurance, the gas, a place for the pilots to stay, a warm plane, that is key, and finally just arranging for power at the 3 places we keep aircraft. So when pilots come out, they know they are going to be fed, have a place to sleep, their plane is going to be warm, and if they break down, somebody’s not going to just abandon them, and they’ll get home OK.” 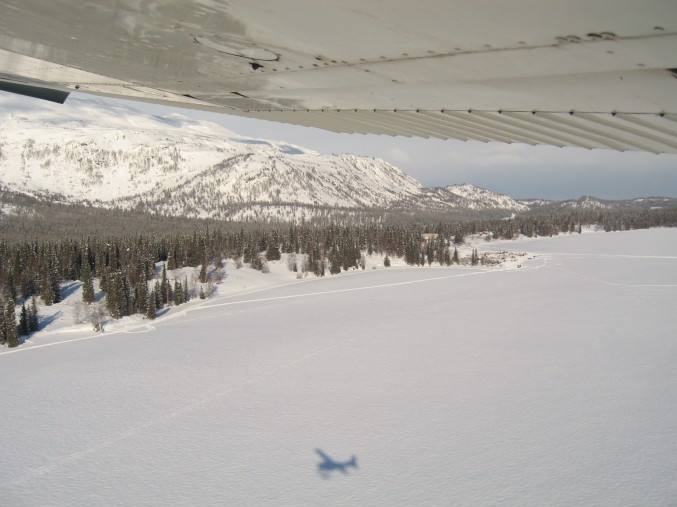 What is one of your most memorable moments?

“I can think of several, but one that really comes to mind is about 8-9 years ago. There was a pretty strong wind that was blowing around down there on the southern route which is typical and it blows for days, and as the mushers turn the corner at Shageluk, and start going up the Yukon before they go to Unalakleet, there’s several hundred miles of mushing into this wind; they’re really exposed. It’s not like they can wait it out, without losing several days, so they’ll just do their best and try to get through it, rest the dogs more often. That year, we had a team, and had about an hour of daylight left and he pushed his emergency locator beacon. It was one of the first years we had those. We could see that he was stopped, right in the middle of the river, which was about a mile wide there. He hadn’t even pulled up into the trees and we thought “well, somethings really wrong, someone’s really in trouble”. So we sent out 3 aircraft and found a spot on the side of the river that was landable and we were able to walk across the river. There were big chunks of ice on the river and sure enough he was really in bad shape. He was so cold he was just just talking gibberish, he didn’t make any sense. But before he got to that stage, he had the sense to dig holes in the snow for each of the dogs so they could curl up in their little spot out of the wind, but he was out of food and we were able to get all of the dogs and him across the river before dark, and back to Unalakleet. Within 6-7 hours, with some food and him warmed up, he was fine but 2 of our pilots are physicians and they said he wouldn’t have made the night. He would have died. Who knows how many dogs wouldn’t have made it either without food and to stay warm.

Of course the musher was super appreciative, and no dogs were lost or hurt. I suppose we have on occasion called search and rescue or air national guard, but they’re not really geared up to find dogs or mushers, they’re out to rescue boats in the ocean and large aircraft. So we felt like, yeah, we really are making a difference out here. It’s not just recreation, when people get in trouble, we can help out.” 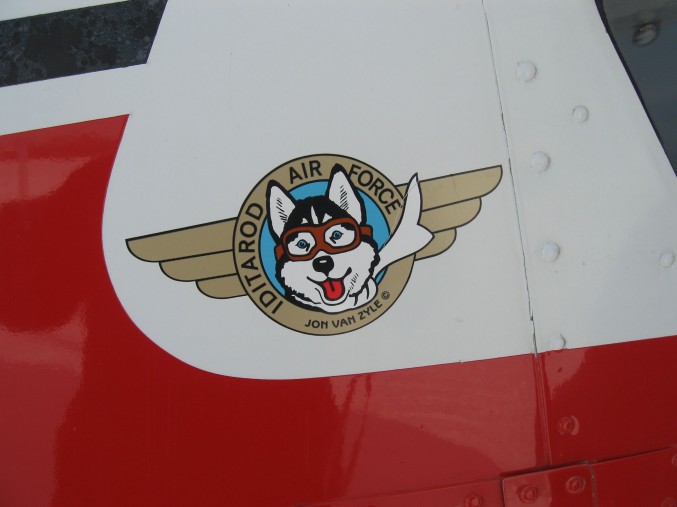 Teachers: Check out this lesson about flight from 2013 Teacher on the Trail™, Linda Fenton! https://iditarod.com/edu/4-forces-of-flight/