Get Ready to Visit Iditarod! 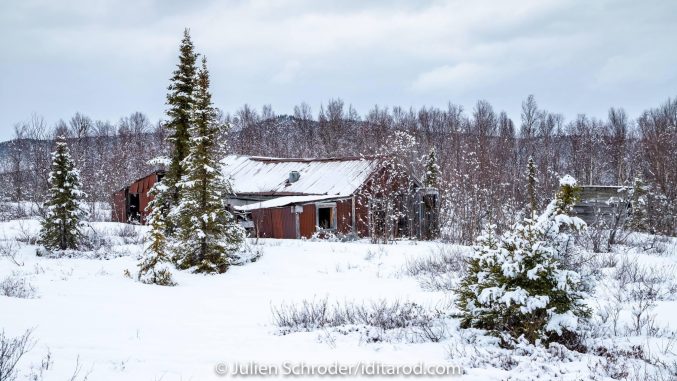 by Jen Reiter, EDU Faculty and 2014 Iditarod Teacher on the Trail

With the Iditarod Trail Committee announcing the historic route for the 2021 Race, The Gold Trail, all attention this year will focus on the historic town and checkpoint of Iditarod. Iditarod came into existence after the Christmas Day, 1908 gold strike on Otter Creek, a tributary of the Iditarod River. By the summer of 1909 gold seekers had arrived, and built a small camp that will be visited by the mushers this year, Flat. After more gold was found, the major stampede was on! The steamboat, Tanana, arrived on June 1, 1910 and the city of Iditarod was founded as a key location for all of the surrounding gold fields.

Iditarod became a Boom Town and in its heyday it supported hotels, cafes, newspapers, a bank, and a store. It had electricity, telephones, cars and even a railway to Flat. By 1930, Iditarod was bust, and the town moved on.

Today, all that remains of the once bustling town is some ruins and and the concrete bank vault from the Miners and Merchants Bank.

Enjoy these photos taken by Julien Schroder during the 2019 race of Iditarod.

Clicking on each will take you to a larger photo.