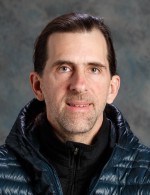 Dan Kaduce, 53, was born and raised in Chippewa Falls, Wisconsin. He moved to Alaska in 1993 “for fun.” He began mushing in 1994 and did many races in Alaska and Canada, including multiple Yukon Quests, before he just “ended up running the Iditarod.” He and his wife, Jodi Bailey, also an Iditarod veteran, own Dew Claw Kennel in Chatanika, Alaska. Dan says that where they are now is the “perfect place for training dogs.” In his first Iditarod in 2010, Dan was the Rookie of the Year. For the last eight years he has been an equipment operator and says he enjoys construction and woodworking as well as hunting.