And the Award Goes To… 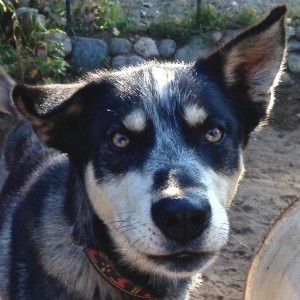 The race is nearing an end to a remarkable season. I have been hearing “tales” of fabulous feats, shorter running times, exceptional athleticism, heroic efforts, and unbelievable stamina on the part of mushers, dogs, veterinarians, volunteers, and community members at the checkpoints. There is a saying in education, “It takes a whole village to raise a child”. Truly the Iditarod Sled Dog Race exemplifies this statement as well. Everyone works together to make this race a genuinely memorable event in the life of all who experience it. As with any competition, there are awards that are given to and for various people throughout the race and at the culminating activity of the Finishers Banquet in Nome, Alaska.

Teachers, have your students investigate the names, types, and descriptions of the numerous awards that will be given out at the Finishers Banquet. Have students identify the name of the award, what it is given for, possibly its historical significance, and the monetary or material gift offered for the award. To do this, use last year’s 2015 Finishers Banquet Awards as a reference. You may access that list on the Iditarod.com Home Page at Information>Press & Media>2015 Press Releases>March 22, 2015>Press Release Iditarod XLIII Finishers Banquet Awards.

Once students have a background on the names and types of awards that will be disseminated at the Finishers Banquet, have them predict who will get the award, or if you do this after the banquet, identify who ultimately received the award. To provide students with ideas of who might achieve the 2016 awards, use the information in “Teaching Suggestions to Use with 2016 Iditarod Insider Video Clips” posted by Jane Blaile on the Education section of the Iditarod.com Home Page as a resource for identifying people or events that exemplify the characteristics of each award.

Students will need to keep in mind that some mushers have already received awards along the trail prior to the banquet. To access their names, students may use the Iditarod.com Home Page at Information>Press & Media>2016 Press Releases. An attachment that your students can use to list the award winners and/or their predictions may be opened at this link, Iditarod Trail Sled Dog Race Awards.

After students have completed their investigation of or predictions for who will receive the 2016 awards, encourage each student to create a “new” award for the Iditarod Trail Sled Dog Race. Students can name their new award, write a brief description of the award, determine its monetary or material gift, and then name its recipient for 2016 and why. Open this link to Iditarod Trail Sled Dog Race New Award for a form that your students could use to write about their new award. An extension to this writing would be for students to actually create and design the award and/or certificate the recipient would receive. Students should be encouraged to use a variety of media to accomplish this task whether they make the award out of paper or do it by computer.

Finally, hold your own Finishers Banquet, perhaps serving “Puppy Chow” (my favorite), and have students present their new award to the class. Create a display in your classroom or hallway of the new designs. Have fun being creative and maybe some day their award will make the official list at the Finishers’ Banquet!

I can’t wait to get back to my kennel to begin designing my award. The race has demonstrated many feats of perseverance as well as inspirational and awe-inspiring people and dogs that it will be hard to narrow it down to just one idea.