A Beautiful Day in Nome

One Musher Wins the Iditarod 2017

TWO Sister Race in the Iditarod
Anna and Kristy Berington are twin sisters from Port Wing, WI.  They moved to Alaska ten years ago, and have loved life with their dogs ever since.  Anna has finished the Iditarod six times and Kristy has finished eight times.  When going down the Iditarod trail the sisters travel together, and they even finished within a minute of each other this year.  The girls currently own 30 dogs, but they also lease dogs from a few other mushers for racing.

Today was an exciting day as the race come to a close.  We had ten mushers finish up this morning and afternoon, and the sun was shining!  Of the ten who finished today six of them were rookies: Joe Carson, Thomas Rosenbloom, Michael Baker, Jimmy Lebling, Paul Hansen, and Peter Rueter.  Four veterans also crossed the finished line today: Zoya DeNure, Matthew Failor, Alan Eischens, and red lantern winner Cindy Abbott.  The stand out story from the back of the pack goes to Al Eischens.  Al completed this third Iditarod this year, and he made it his mission to get the back of the pack to the finish line.  Al was a cheerleader for many of the mushers, and gave them encouragement along the way, all while taking care of his own team of 16 dogs to Nome.  Way to go, Al!

As the race wraps up, I’ve had some time to look at the pictures from the Google 360 camera I had with me on the trail.  I have published a handful of them, and will add more from Nome later this weekend.  These pictures will give your students a 360* view of a few of the checkpoints and villages: Nenana, Tanana, Galena, and Nulato.  Here are the links you can use to view the pictures: 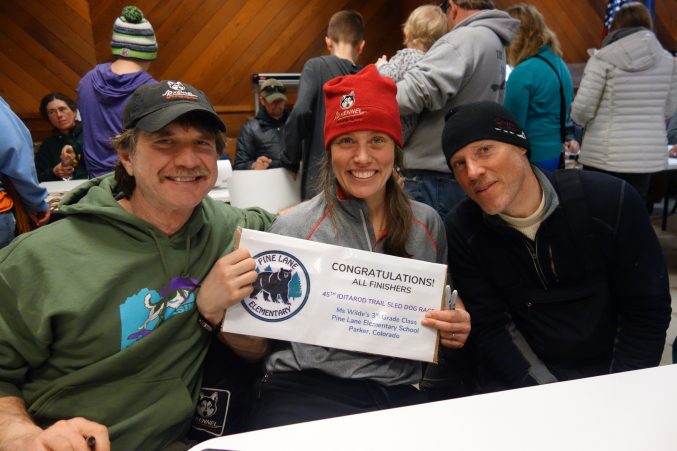 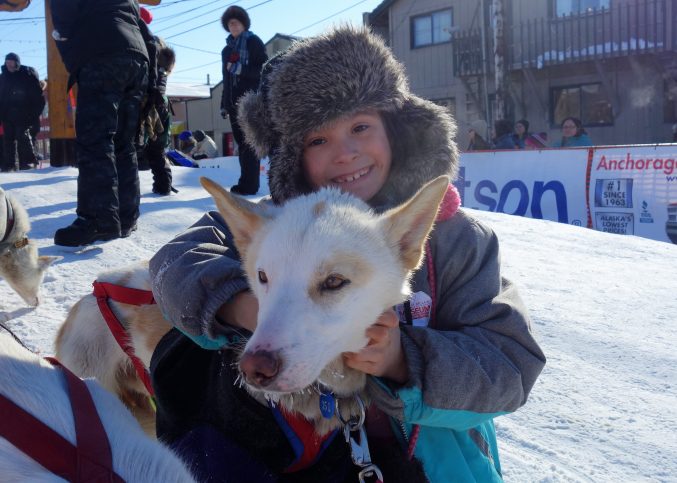 Arien Sanderson and one of Al Eischen’s dogs 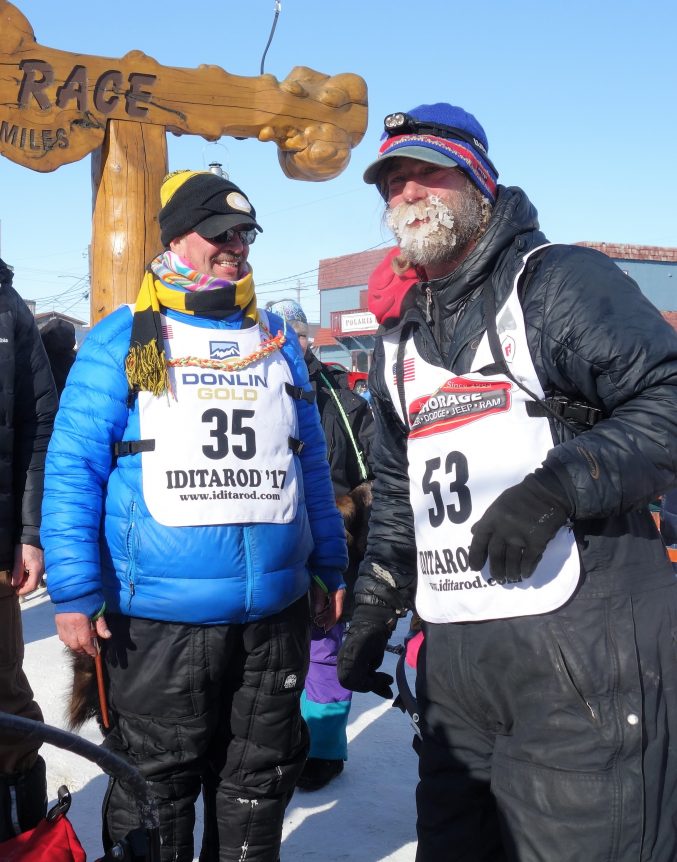 Al and Peter after they both finished the race 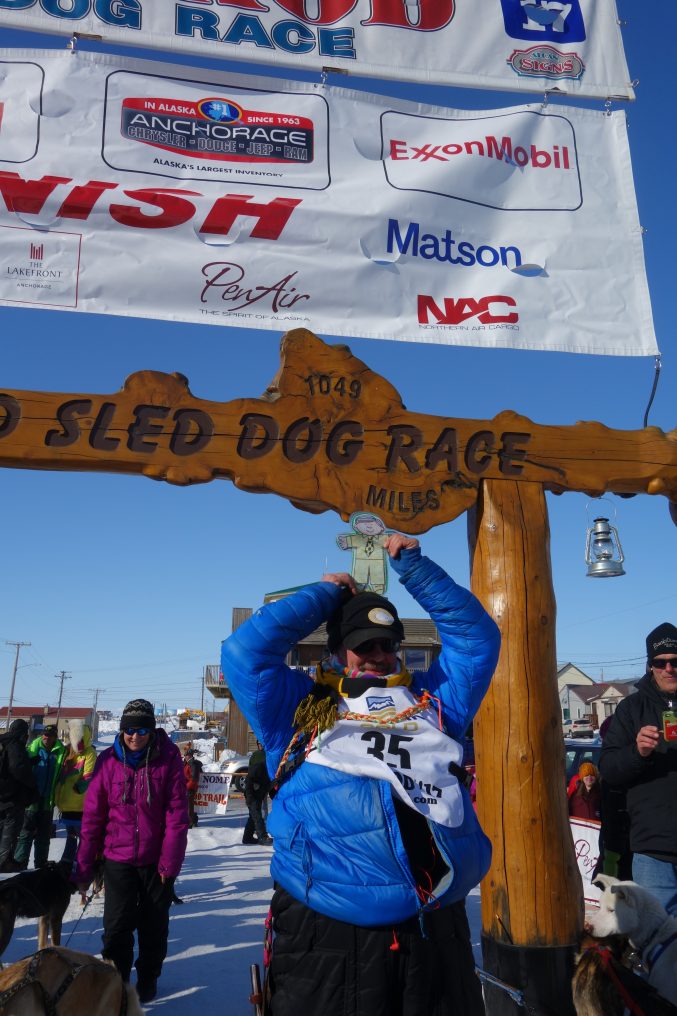 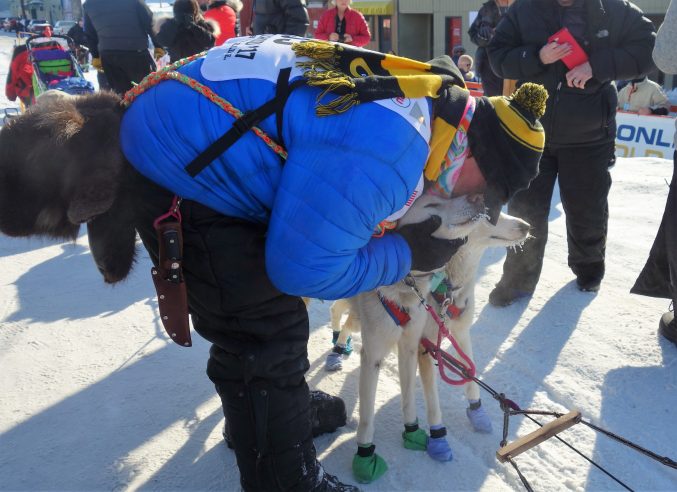 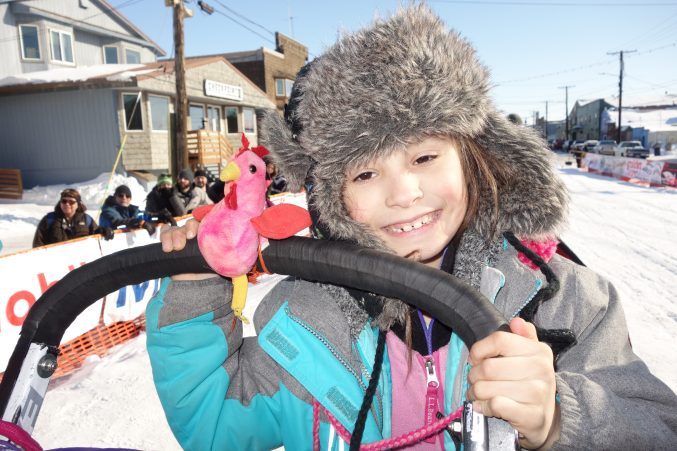 Arien and Chicken, who rides on Al’s sled 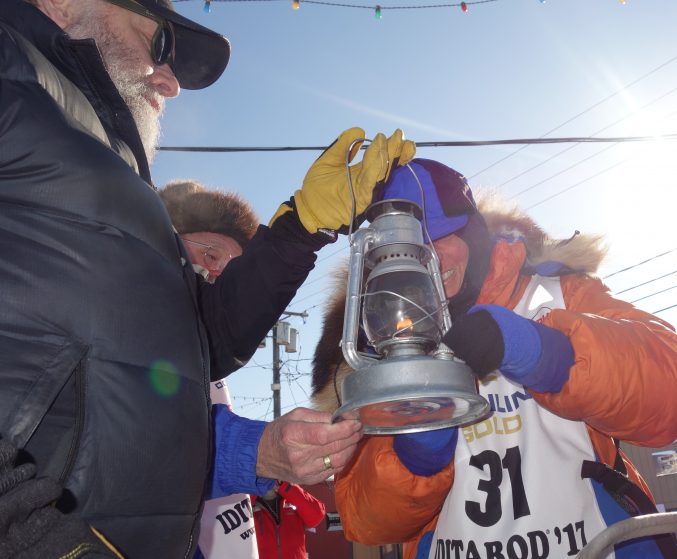 Cindy putting out the Widow’s lamp 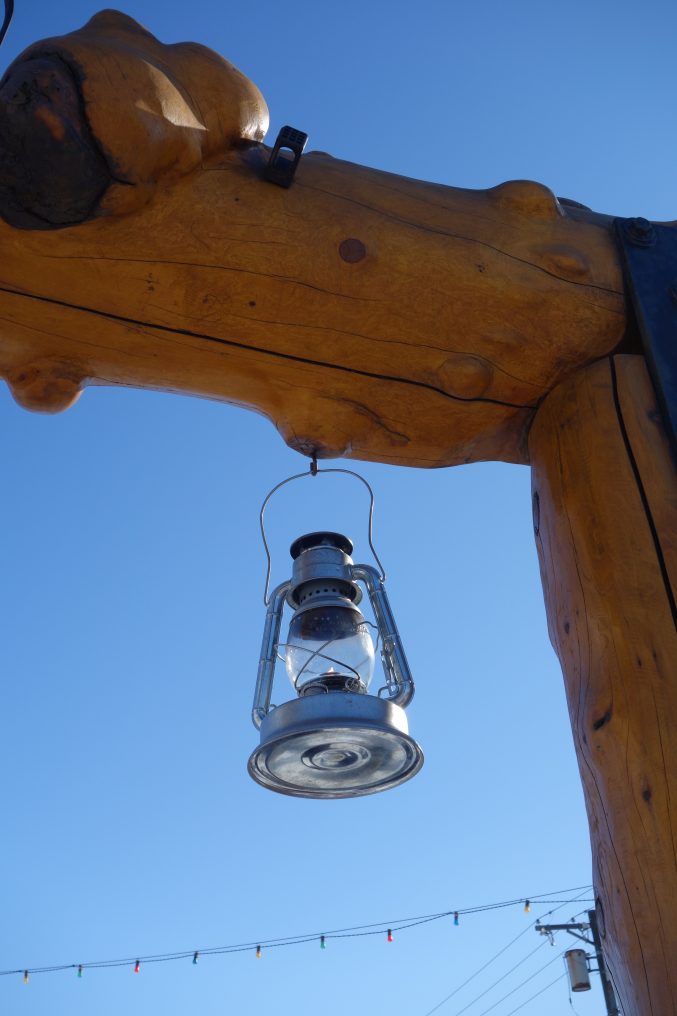 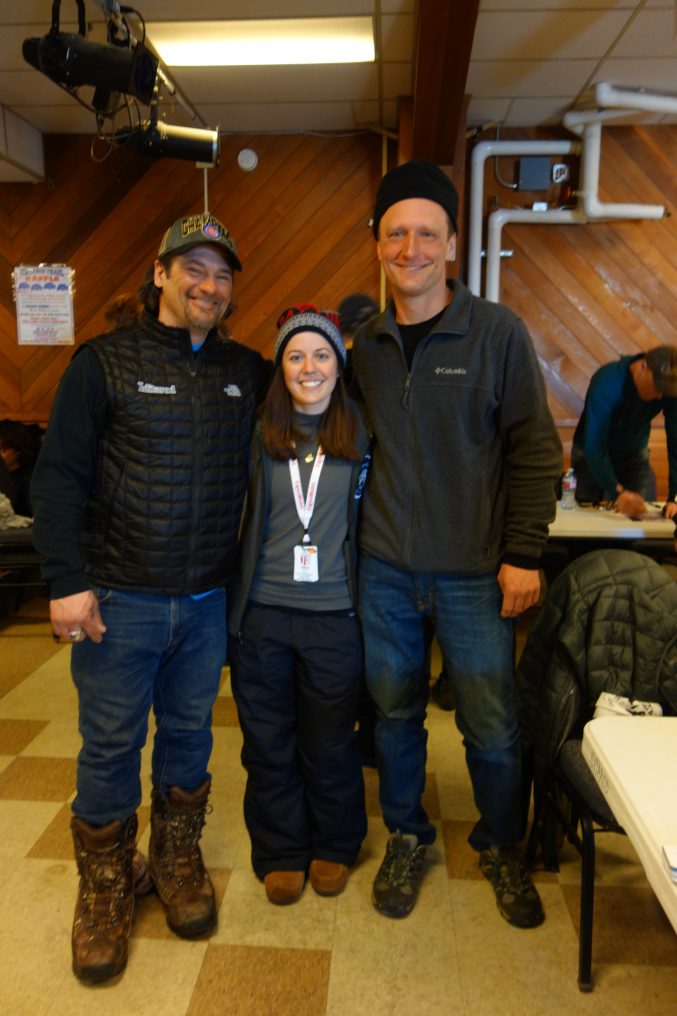 The Chicago crew… Hugh, me, and Charley!