THREE Beads of Courage
Mushers, veterinarians, and I carried “Beads of Courage” down the trail this year.  Beads of Courage provides innovative, arts-in-medicine supportive care programs for children coping with serious illness, their families and the health care providers who care for them.  After travelling down the Iditarod trail 1,000 miles the beads are given to children after a difficult treatment or procedure.  Through the program children tell their story using colorful beads as meaningful symbols of courage that commemorate milestones they have achieved along their unique treatment path.  (information from www.beadsofcourage.org)

FOUR Norwegian Mushers
In the 2017 Iditarod there were four mushers from Norway: Joar Leifseth Ulsom, Ralph Johannessen, Lars Monsen, and Geir Idar Hjelvik.  Joar placed fourth this year, Ralph came in 16th place, Lars finished in 26th place, and Geir rounded out the group in 45th place.  Another famous musher from Norway is Robert Sorlie, who won the Iditarod in 2003 and 2005.  He was the first musher from overseas to win the Iditarod.

One thing I’ve learned over the last few weeks is that the Iditarod is SO much more than a race.  It’s about celebrating the Alaskan culture, following dreams, and bringing awareness to many worthy causes.  Red Lantern, Cindy Abbott winner carries a flag in honor of rare diseases; Rick Casillo runs Battle Dawgs, an organization that brings military veterans up to the Iditarod; And Larry Daugherty races in honor of his cancer patients, even carrying Tibetan flags with their names on them attached to the side of his sled this year.

The one cause all the mushers, many veterinarians, and myself honored this year was Beads of Courage.  Each musher carried a set of beads in their sled down the trail in honor of all kids fighting cancer and other serious diseases.  A card that will follow each bead after the race reads, “The Carry a Bead Program connects caring individuals with Beads of Courage Members, like YOU, through an intentional act of caring as they make a commitment to Carry A Bead in your honor.  Know that your bead has gone on a full circle journey before it made its way to you.  It has been carried over 1,000 miles by a seasoned musher through the Historic Iditarod Race.”  Children receive the beads after difficult surgeries/procedures or when they reach a milestone in their treatment.

This year I had the additional honor of carrying three special beads in honor of my teacher friend Susan Gardner.  Susan was one of my roommates at Iditarod Summer Camp for Teachers in 2015, but she passed away suddenly this past summer.  Sweet Susan was a primary grade teacher in Idaho and LOVED using the Iditarod to teach her students.  Susan was planning on coming up for the start of the 2017 Iditarod, but that would not come to be, so we honored her spirit instead.  A wonderful woman from New York read about Susan’s story and created three red heart Beads of Courage in memory of her.  I carried these beads down the trail with me with GREAT pride, and made sure Susan saw the beauty that is the Iditarod Trail.  The three children that receive these beads will have an extra angel watching over them as they continue to fight their illness.  Thank you, Cathy Feaster, for reading Susan’s story and creating the beads in her honor!  You are an amazing person!

To learn more about the Beads of Courage program check out their website! 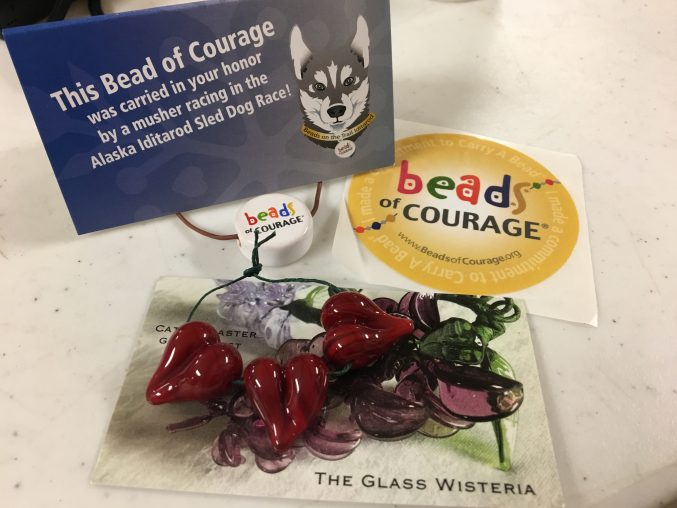 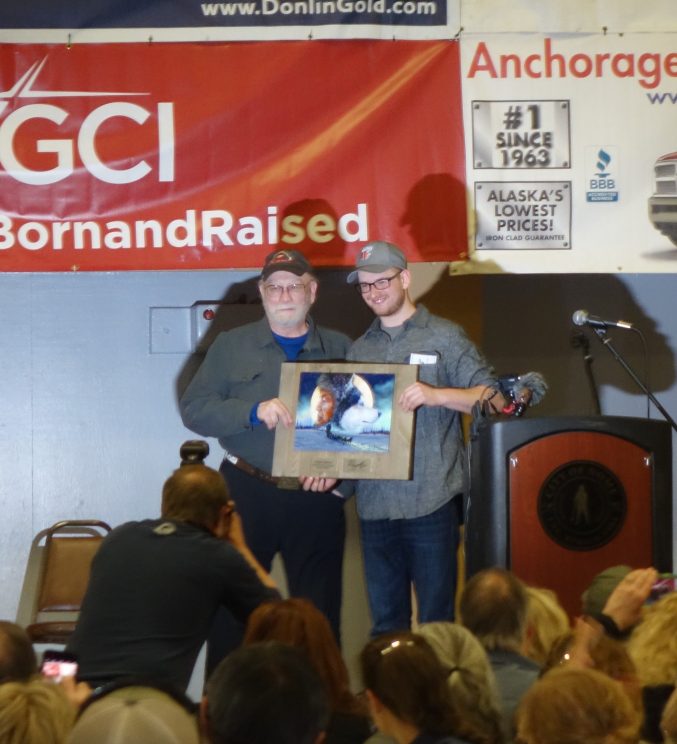 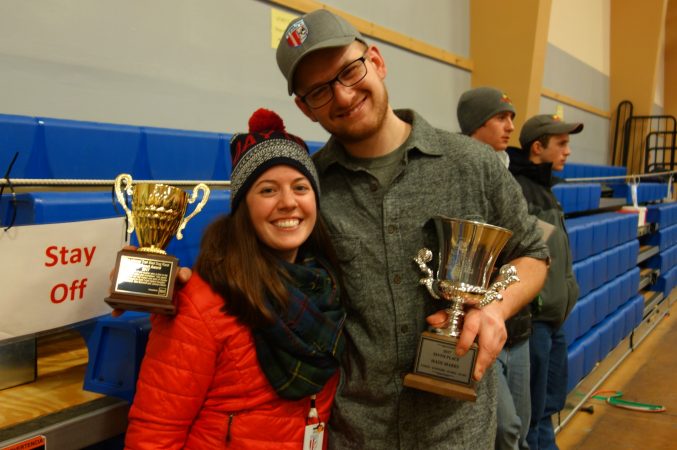 Wade and his awards 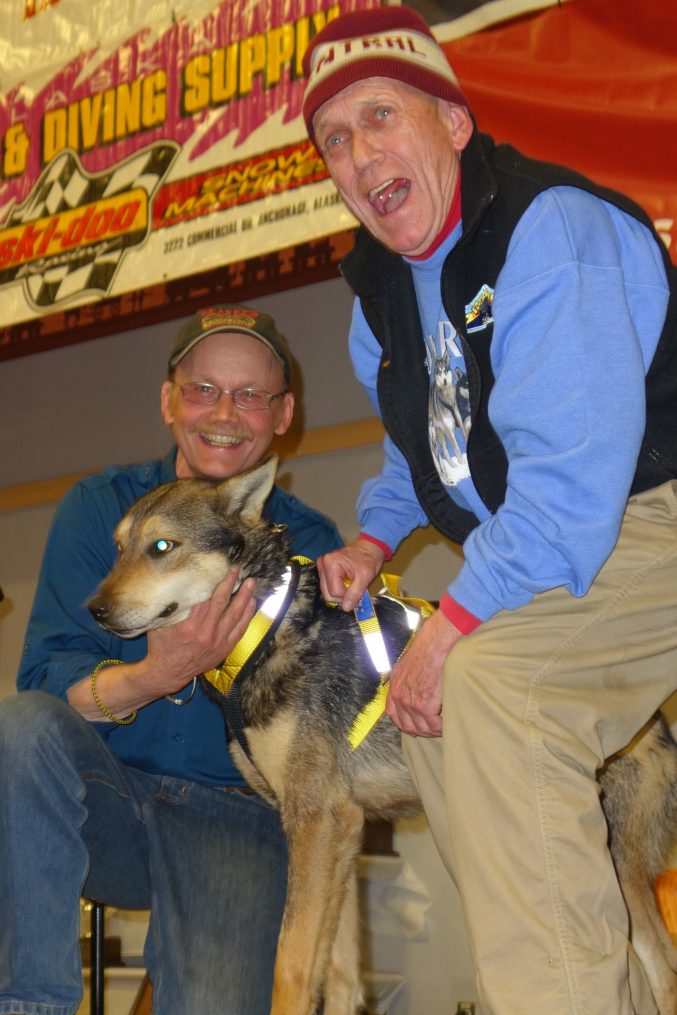 Mitch Seavey, his lead dog Pilot, and the Mayor of Nome 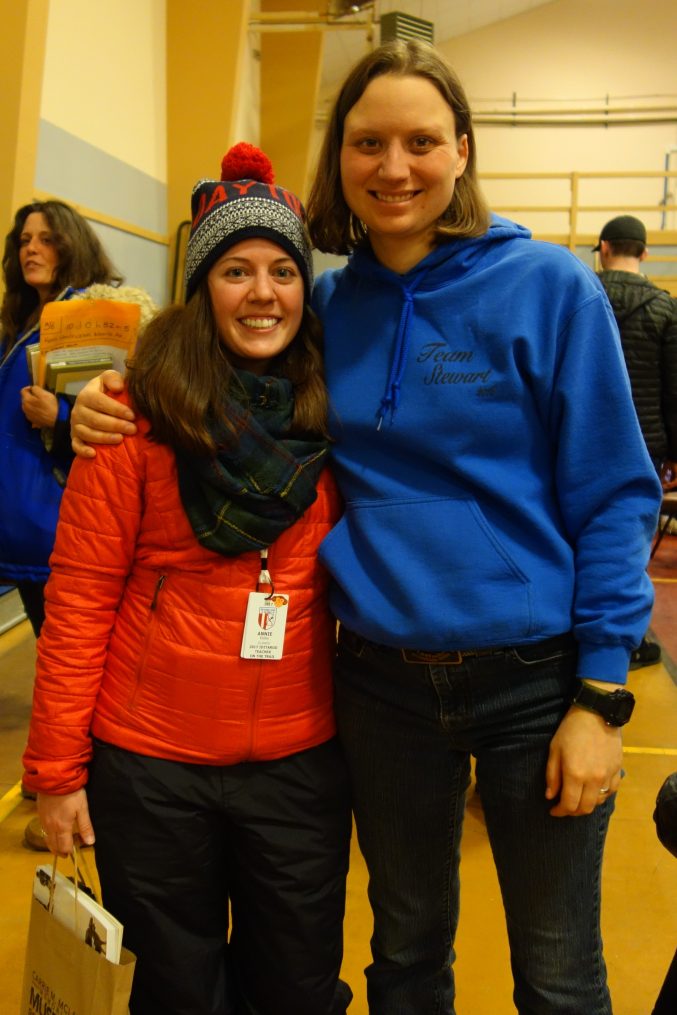 Melissa Stewart and myself! We had a lot of fun on the trail!