A Walk Through Nome…

FIVE Former Champions
Five former champions raced in the 2017 Iditarod.  Of those five mushers, they hold a combined 16 championships.  Dallas Seavey, Jeff King, and Martin Buser all have four Iditarod wins.  Mitch Seavey has three wins, and John Baker has one win.  Dallas is the youngest musher to win the Iditarod at age 25, and his dad Mitch is the oldest at age 57.

SIX Alternative Checkpoints
This is the third time in Iditarod history that they have used the Fairbanks route.  On this route there are six checkpoints that are not normally on the trail: Fairbanks, Nenana, Manley, Tanana, Huslia, and Koyukuk.  These villages were excited to have the race come through their communities again this year.

The race has concluded and all the awards have been given out, but many of us are still in Nome.  I had the opportunity to walk around town and visit two awesome spots.  The first one was the Carrie M. McLain Memorial Museum.  This museum preserves the history and culture of the Bering Strait and Nome.  Carrie moved to Nome during the gold rush, and soon became a teacher in Teller, AK.  In the 1950’s she traveled around the region collecting pictures, stories, and artifacts that would help keep the history of Nome alive.  The museum opened 50 years ago, but moved to its new home less than a year ago.  The new space is so well done, and allows visitors to learn about Nome and the Bering Sea in a fun and creative way!

The second place I visited was the Bering Land Bridge National Preserve visitor’s center.  This little center on Front Street was filled with information about animals and people of Alaska’s past.  We chatted with Ranger Lupe, and she showed us how large the land bridge was, and some of the animals that once roamed the land.  There are some great resources on their website that can be used in the classroom to teach about the Ice Age. 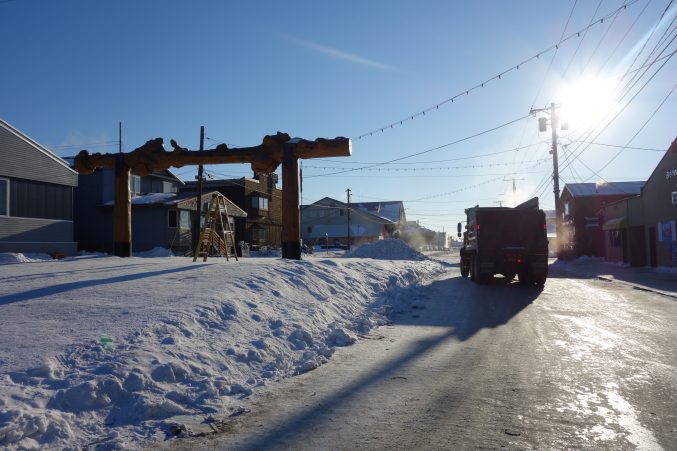 Take the snow away… 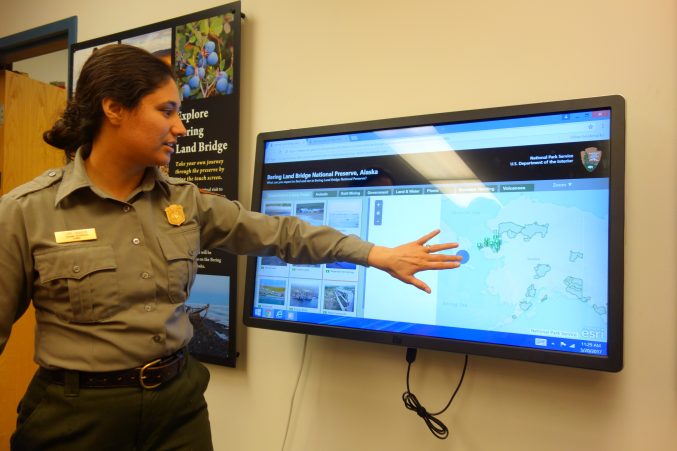 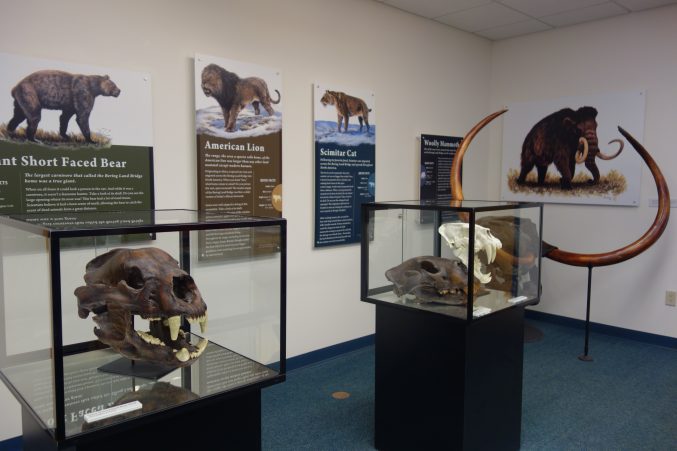 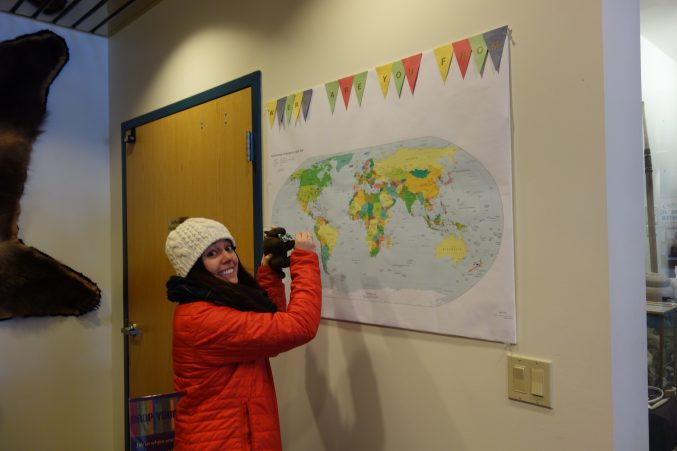 Marking Chicago on the visitors map! 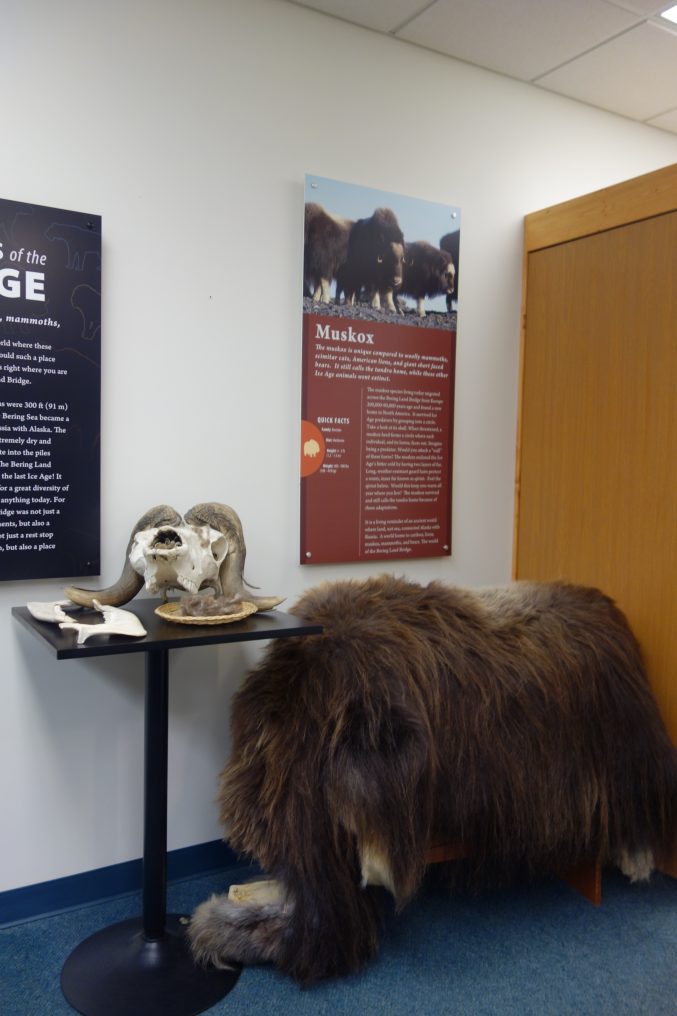 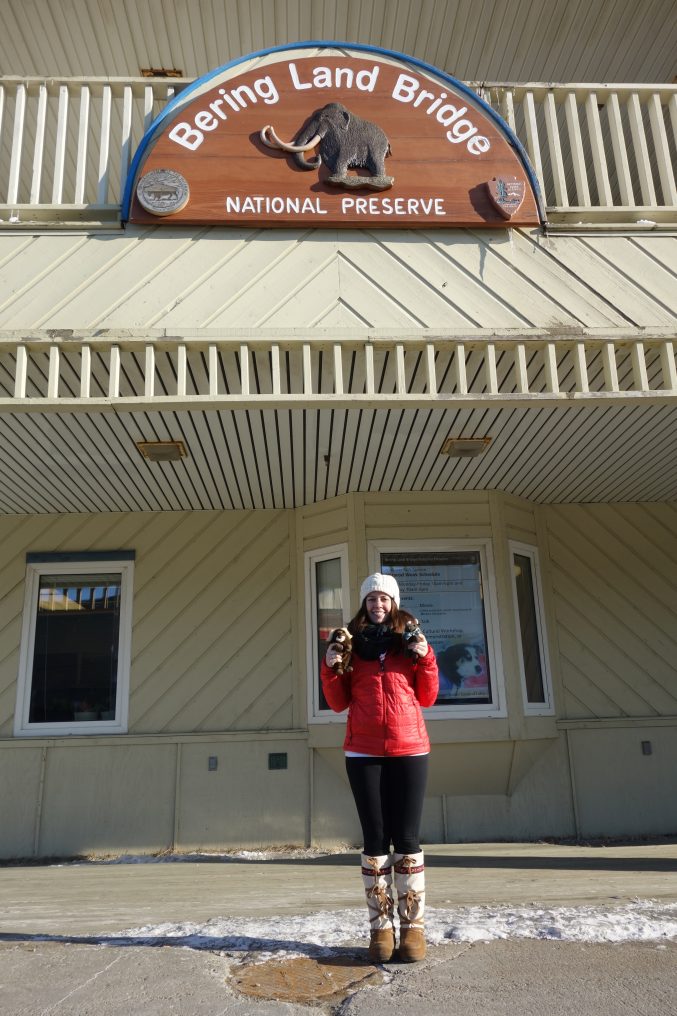