2018 Teacher on the Trail™ Heidi Sloan’s Most Memorable Moment 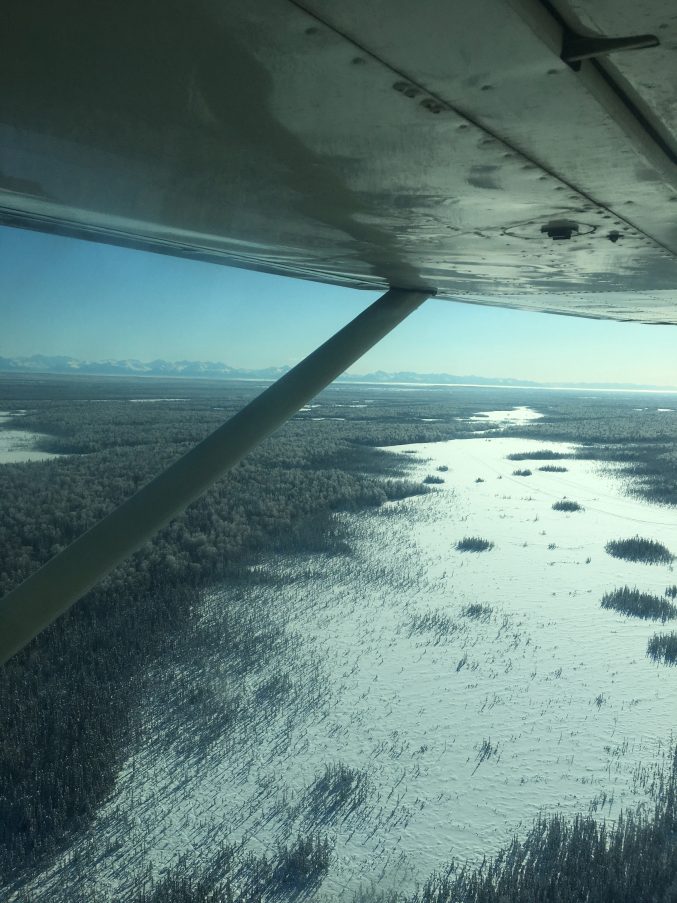 Watching for Iditarod teams below us

Teachers on the Trail™ do not travel with dog teams and sleds, though we may dream of doing so.  Instead, to travel to the interior communities that serve as checkpoints, we ride in small bush planes with the Iditarod Air Force!  Flying over the pristine wilderness of the Alaska Range with rivers winding like snakes through narrow pine trees, seeing dog teams below us, and often flying with the company of a few returned dogs brings a feeling of exhilaration! 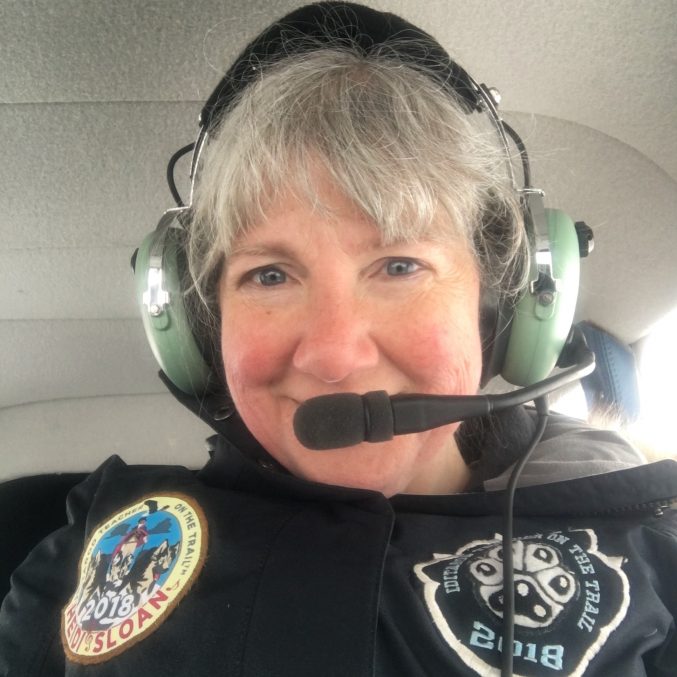 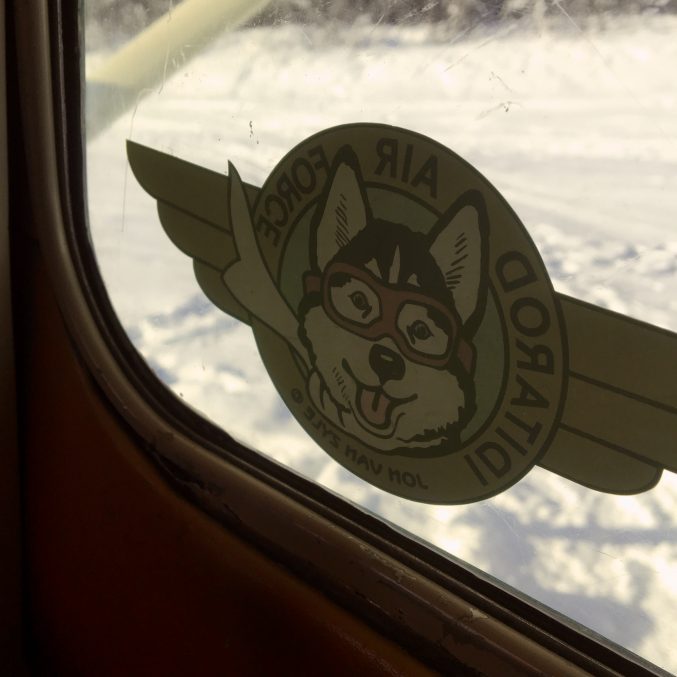 A favorite memory I have was telling Jeff Schultz, chief photographer for the Iditarod, that I had been mildly concerned about getting airsick in small planes.  He said, “Oh, you had better never fly with me.  I ask the pilots to dip and weave so I can get good photo shots!”  One of the rules for a Teacher on the Trail™ is to always be packed and ready to jump into any plane that can take you onto the next checkpoint.  Guess who else jumped in the first available plane?  Yes, Jeff Schultz!  I climbed into the back seat while he sat up front with the pilot.   Leaving Nikolai, Jeff spotted a couple of Iditarod teams below us.  The pilot understood.  Suddenly, we banked right; Jeff opened his window and leaned out with his giant camera lens.  The pilot maneuvered the plane into a sharp circle.  Jeff turned to make sure I wasn’t getting sick.  I gave him a thumbs up that I was good!  Jeff then motioned for me to hold the pilot’s window open with my arm.  He leaned behind the pilot as the left wing was pointing to the ground, getting some good shots while I kept the window open.  Again, looking behind with raised eyebrows, he inquired wordlessly as to my stomach’s condition.  Still A-OK!  It was such an adventure and wonderfully eye opening to see the techniques behind Jeff’s amazing photography chronicling the Iditarod!