Some of the mushers or “drivers” of the dog teams are driving puppy teams in the race.  Rookies sometimes take puppy teams belonging to a veteran musher for their first race.  This year,  Tim Pappas is running Martin Buser’s A team, and veteran Martin Buser is running a team he said will be like kindergarteners!  What is a puppy team compared to a regular team of dogs? 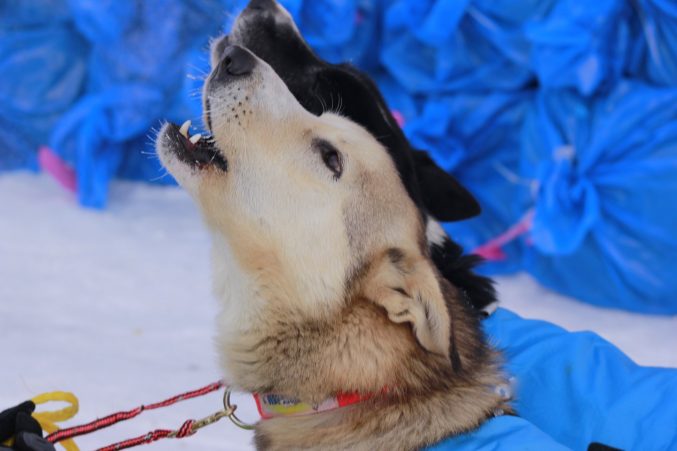 Puppy teams are full grown dogs, about two years old, but without having experienced running the long race.  By allowing a group of inexperienced dogs to run the race, usually at a slower pace, it trains them to be on the A  team as veterans the next year.  [Thanks to musher Cindy Abbott for this information.]

Mushers have many dogs, so they are able to create A and B teams of dogs, A being the better team.  Larry Daugherty is running Jason Campeau’s B team. 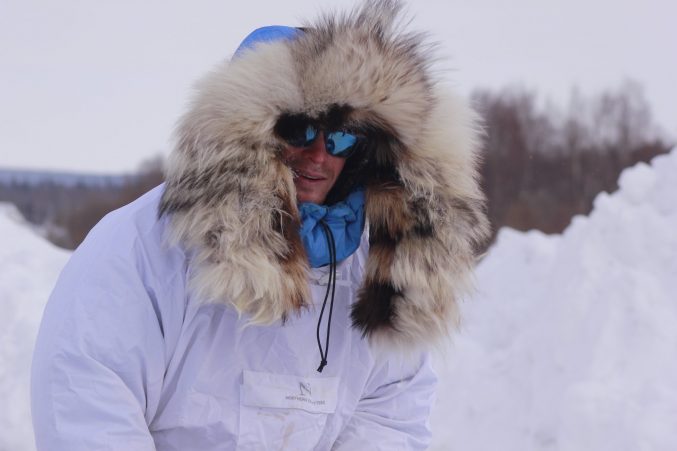 Larry Daugherty is driving a B team for Jason Campeau. [Photo credit – Susan A. Smith]

“Dogs remember the trail,” said Marcelle Fressineau, former Iditarod musher.  These young dogs will be great after running the Iditarod Trail. This comes in handy if the trail becomes snow covered.  Lead dogs often remember the way even in poor visibility.

Some of the mushers who have been toward the back of the pack are running puppy teams.  Don’t think of them as slow.  Think of them as dogs in training!