Why Do They Scratch? 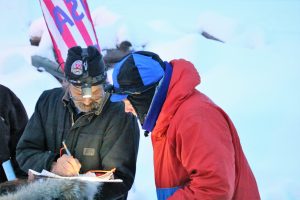 Why do they scratch? I have to admit, that term confused me when I was a pup. A scratch for a musher doesn’t mean taking care of an itch – it means they don’t think they can go on with the race. Teams scratch for different reasons. The standard line for the press release is “scratched in the best interest of the race team.” In the Iditarod it’s all about the dogs, and if a musher doesn’t think the team can go on, they scratch. Sometimes the musher gets sick or hurt during the race (they are human after all) and they realize they are unable to care for the dogs. At that point it’s in the best interest of the race team to scratch. Cindy Abbot is one musher who scratched this year. She has a rare, serious disease that seems to have flared up because her reason for scratching was “personal health reasons.”  S-O second graders, if I can get you more information on individual mushers, I’ll pass it on to you. 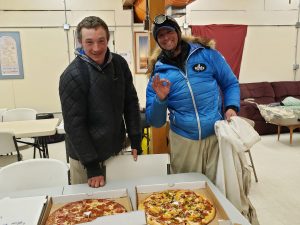 Changing the subject, there is a restaurant in Unalakleet called Peace on Earth Pizza. It has become quite famous for volunteers, veterinarians, and even mushers to get a delicious pizza pie. Many students, including Mrs. Ramsey’s second grade, want to know if I have had a chance to have a slice. Canines are on a pretty strict diet, but I have had a chance to steal a piece when my human wasn’t looking. Shhhhh . . . don’t tell. 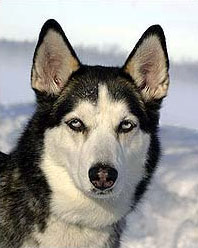