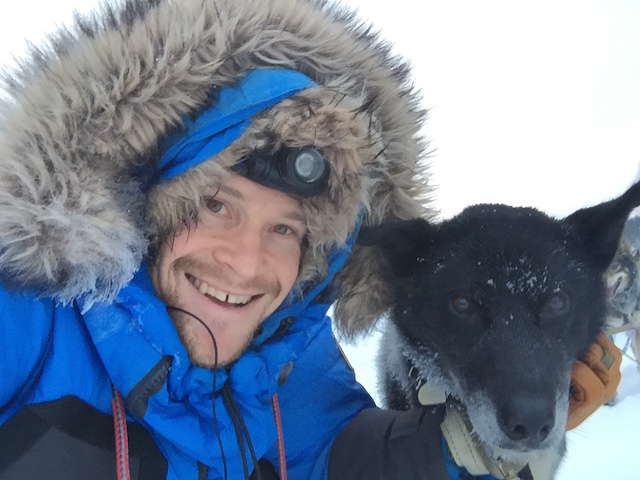 “How do sled dogs know where to go?”  This simple question has been asked often in my classroom this year as my students learn more and more about the Iditarod.  Mushers and their teams have a very special and trusting relationship, but how do they communicate on the trail with each other?  For help I turned to 2016 rookie Iditarod musher, Dr. Larry Daugherty. 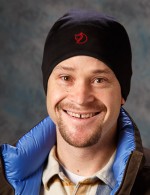 Larry is living his childhood dream of leading a dog team to Nome in the Last Great Race on Earth®. His grandparents were global adventure seekers which inspired him early in his life to one day mush in the Iditarod.  He is now a respected doctor at the Alaska Cancer Treatment Center in Anchorage, bringing the same loving care to his dog team as he does to his patients.

I met Dr. Daugherty this June at the Summer Camp for Teachers, when he signed up to be a musher at the volunteer picnic.  He is an Iditarod rookie…just like me!  His enthusiasm and positive attitude are contagious!

Larry is under the tutelage of veteran Iditarod champion Mitch Seavey this year.  Larry took some time on the trails of Willow, Alaska to show us how unique verbal commands help a musher and sled dogs communicate and work together throughout the race.  As Larry explains in his video, sled dogs understand when to turn left or right, stop, and go, with special words from their musher.

There are a few basic mushing commands that help guide sled dogs and let them know what to do.  He began the video by telling his team “Whoa!” which means to slow down and come to a halt.  His dogs understood just what to do!  When he said “Hike!”, they started trotting up the trail. 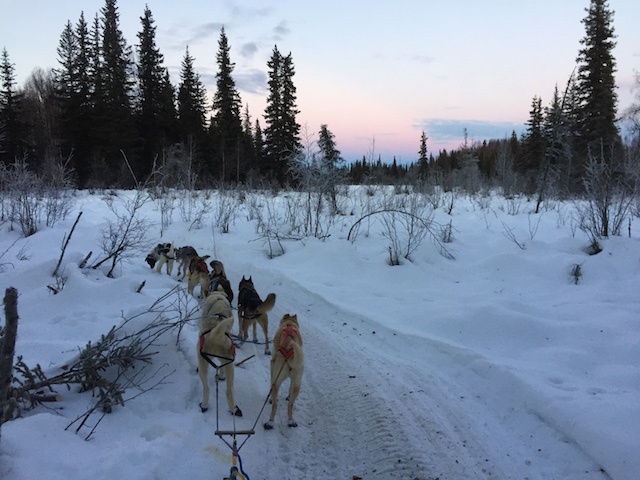 He helped guide his team on the Willow trails with “Gee!”, which is the command for a right turn and “Haw!”, the command for a left turn.  There are times on the trail where there may be several paths to take.  What does a sled team do?  When a dog team is well trained, they listen and follow the correct command from their musher to guide them the correct way, so they won’t make a wrong turn.  It truly is teamwork at its best.  Larry also does a wonderful job of showing how even the pacing of the dogs is watched carefully by the musher to ensure the team moves along the trail safely.

We watched Larry’s fascinating video in our PE class, and we put together our own activities using the mushing commands he shared.  Stephen Presley and Jeannette Michael are our amazing PE teachers here at Eanes Elementary School, and they love bringing the Iditarod into their classes each year for all our students.  They created a high-energy warmup activity using the basic commands in mushing.  Watch “The Iditarod Shuffle” in the video below:

In the warmup, students shuffled to the right when the teachers yelled, “Gee!”.  They shuffled to the left when they heard, “Haw!”.  When the teachers gave the command “Whoa!”, they made a deep lunge to the floor, and when they heard “Hike!”, they jumped up and ran in place.  This was a fantastic warmup, and soon the students had their hearts racing and were ready for some real sled dog racing with scooters and mats! 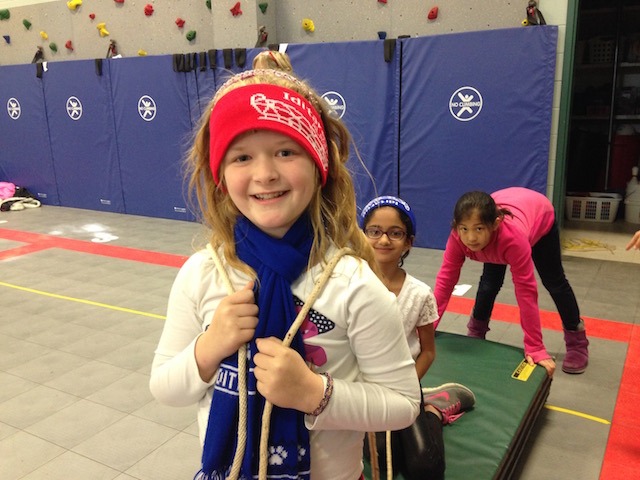 For “The Main Event” lesson, an obstacle course was set up in the gym using numbered cones to represent checkpoints on the Iditarod Trail.  Mrs. Michael first reviewed the mushing commands they had seen in the video from Dr. Daugherty and discussed the rules for our Iditarod lesson before the fun started.  For this PE activity, students were also expected to use responsible social behavior and sportsmanship towards their teams.

Small scooters were placed under large mats and 3 students at a time created a dog team.  A “lead dog” pulled the “sled” with ropes, the “musher” yelled the commands around the course, and a student in the back helped guide the “sled” to Nome.  This was especially helpful as many sleds took a spill on the trail!

Students had a fantastic time in the gym using the commands, working as a team, getting their heart rates up, and showing great sportsmanship in our own version of the Last Great Race on Earth®.  See the video below of all the fun:

Dr. Daugherty took some time on the beautiful Willow trail recently to introduce us to some of the members of his dog team.  You can tell they are ready and excited for the Iditarod!

Larry is living his dream with the support of his wonderful family including his wife, Prairie, and and his five children: Bailey, 15, Calvin, 13, Azalea, 9, Conrad, 6, and Charlie, 4.  He loves inspiring children, and he is a big supporter of the Teacher on the Trail™ program, his Boy Scout Troop 29, and the organization Radiating Hope improving cancer care around the globe.  He believes that “Success is possible through hard work, dedication and perseverance.”  I hope to see Larry and his team under the burled arch in Nome this March.  I know his family, friends, and his patients will be cheering him on the whole way there! 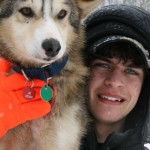 Get to know rookie musher Dr. Larry Daugherty a little better.  Read his Q & A from the 2016 Iditarod class below:

See the articles and information below about mushing commands from the Iditarod site:

Our PE teachers, Stephen Presley and Jeannette Michael, were inspired by musher Larry Daugherty, and they created these lessons for the students at Eanes Elementary School.  Our students had a great time, learned a lot, and we hope you can share this activity with your school too! 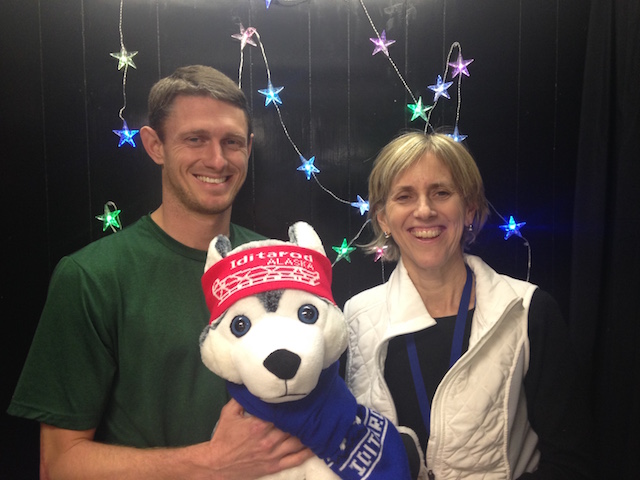 Want to know more about Larry Daugherty and other 2016 Iditarod mushers and their teams?  The name says it all.  The ULTIMATE INSIDER

gets access to everything!  All of the benefits of the INSIDER VIDEO combined with the ability to “Track the Pack” with the GPS INSIDER!  Access to all of the commercial-free video.  Spotlight up to 5 of your favorite mushers and receive email alerts when they enter and leave a checkpoint.

The 2016 Winter Conference for Educators is an amazing week for educators around the country to come together and learn best teaching practices surrounding the theme of the Iditarod.  Check out the Iditarod site for more information about this unique professional development opportunity.